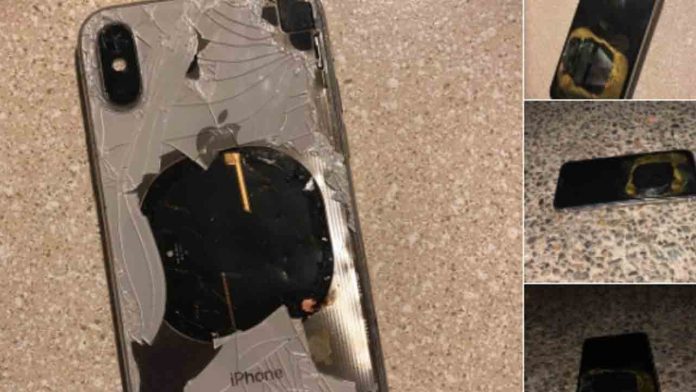 A scientist living in the USA decided to sue Apple. The reason why the man named Robert De Rose decided on such a lawsuit is the iPhone X, which exploded in his pocket in 2019.Rose says he decided to sue Apple for not getting an official return from Apple.
Robert De Rose, who is working as a scientist at a university in the USA, had a very unfortunate event in 2019. An iPhone X used by the scientist in those years surrendered to flames out of nowhere. The phone, which was in the scientist’s pocket at the time of the incident, caused 2nd degree burns on Rose’s leg due to the fire that broke out after the explosion. This incident, which happened about 2 years ago, is now being brought to court.

The scientist says that he did not understand anything from the sound he heard at the time of the incident, but he noticed the incident upon the pain in his leg, he could not believe his eyes when he pulled the phone in his pocket with his hand, and watched the iPhone X turn to ash when he threw the phone to the ground. So why did this scientist decide to sue two years later?

Making statements on the subject, the scientist says that he contacted Apple after the incident and explained the situation. Apple, on the other hand, has said that it has examined the incident and that it cares about customer satisfaction, but so far it has not been able to clarify this incident. The scientist, who does not want to waste any more time, decides to make a joint lawsuit against Apple by making a deal with another person in the same situation. The other Apple user said that his Apple Watch overheated and burned his arm, but Apple did not return to this customer.

Star Wars Jedi: Fallen Order is being upgraded on consoles