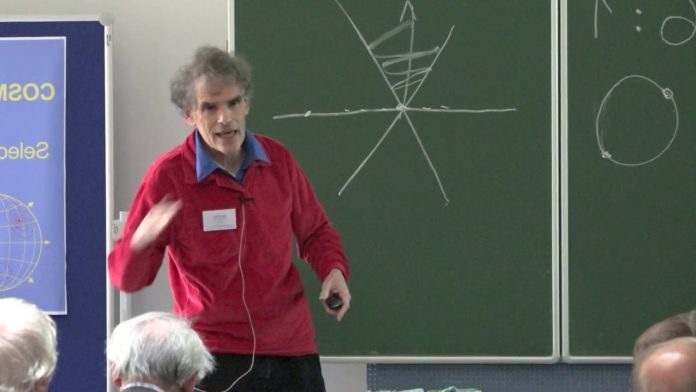 A scientist challenged the Big Bang theory, which explained the formation of the universe. The scientist, who claims that the evidence shows that such an event has not happened, conducted research on three important fusion events.

One of the best theories we have about the formation of the universe is the Big Bang. According to this theory, our universe was formed as a result of the cooling of chemical elements emitted from an explosion 13.8 billion years ago. Nearly all the activity of modern astronomy was built on this explosion theory.

However, a scientist challenged the Big Bang theory. Eric J. Lerner of the nuclear fusion research company LPPFusion conducted intensive research on three major fusions thought to have been the result of the Big Bang. Scientists believed that certain amounts of helium, deuterium (heavy hydrogen) and lithium were formed as a result of fusion reactions in very hot clouds of the chemical element resulting from the Big Bang.

Lerner thinks that he and other scientists’ research is incompatible with this claim based on the observation of old stars. Scientist has observed that helium in older stars is less than half, and lithium is less than one-tenth, according to the Big Bang’s nucleosynthesis theory. The theory of nucleosynthesis suggests that one-fourth of the mass of the universe consists of helium.

Discrepancy between amounts of helium and lithium
Lerner, the author of “The Big Bang Never Happened”, argues that helium or lithium did not appear before the formation of the first stars in our galaxy. Lerner says that this discrepancy about the amount of lithium in the universe has been known for some time, but the challenges of the Big Bang have been rejected by scientists. These include closed universe theory, Hubble’s constant problems, and the lack of evidence of dark matter.

Lerner argues that if the Big Bang is real, it will result in the destruction of matter and counter-matter, and that the density of the observed material should be hundreds of billions of times less. According to the scientist, the Big Bang theory requires an asymmetry between matter and counter-matter to get rid of this contradiction. However, assumptions such as fragmentation of the proton cannot be proved by experiments.

Lerner’s theses are not accepted
The Galactic Origins of Light Elements (GOLE) hypothesis is more consistent with observations than the Big Bang Lerner, helium, lithium and heavy hydrogen is produced by the first stars, he argues.

However, not everyone agrees with Lerner. Vahé Peroomian, a professor at the University of Southern California, thinks that Lerner’s arguments “do not hold forward”. Peroomian says the scientist who rejects the Big Bang should be treated with suspicion. Peroomian points out that the cosmic microwave background, proof of radiation from the Big Bang, is a cornerstone of cosmological theory, and Lerner cannot object.

Scientists, on the other hand, are able to measure the gravity it draws on galaxies and stars, even if they cannot observe dark matter, for example.

China Manages to Grow Cotton on the Dark Side of the...