Home Science The Scientific Reason of Humans Running Slower Than Other Creatures Has Been... 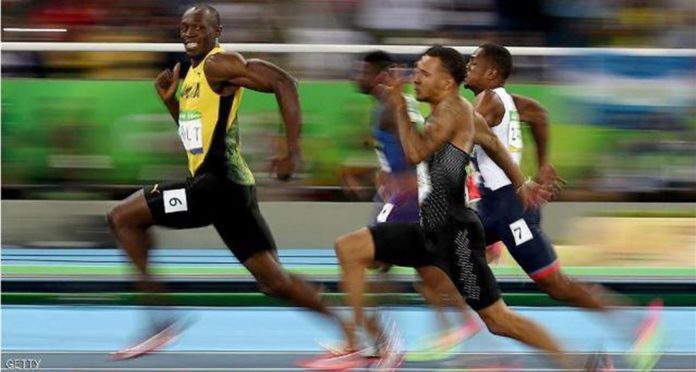 Until this time, Usain Bolt, who could reach the highest speed by running, was able to reach 37.6 km / h. Can Usain Bolt record be broken? Or to ask otherwise; How fast can a person run?

Usain Bolt broke the world record by reaching 37.6 km / h in his 100-meter run in 2009. After Usain Bolt, Brazilian football player Bruno Enrique reached 38 km / h and became the fastest player. Two athletes, one football player and the other athlete, strengthened their legs and tendons to reach these speeds. Just like other people …

Even with Usain Bolt and Bruno Enrique, there is a limit to the speed people can reach by running. The main reason that the speed we can reach is a limit, because we only have two legs. A 2010 study outlined the features required for the human body to reach higher speeds.

Peter G. Weyand, a biomechanical researcher and physiologist from Southern Methodist University, one of the authors of the study, says that the speed that people achieve while running is definitely a limit. Weyand states that in order for people to run faster, they must create greater force in the short moments when the feet touch the ground.

Peter G. Weyand said, “If I have to point out a single mechanical limit for bipedal runners, I can say from our work that this is the minimum foot contact time to the ground. A very fast person like Usain Bolt spends about 42 or 43 percent of the total step time on the ground. This time corresponds to two-thirds of the time the four-legged passes while running. ”

In running short of our feet into the ground while running, our legs should push us upwards to compensate for both forward and body weight. Therefore, our legs have to produce a lot of power in a short time. Peter G. Weyand states that people can therefore move faster with skates than when running. Weyand explained that the skates received some of the thrust from the legs, as in four-legged runners.

Weyand stated that Randall Munroe will not be enough because the extra knee, which is one of the options that people can run faster, will increase the distance between the feet and the body, and that it will be inefficient in contrast to the extra knees. Weyand says that wide hips will also be inefficient for a faster anatomy.

Peter G. Weyand states that longer legs will be much more useful to reach higher speeds. But he also emphasizes that increasing the number of legs will be very, very useful to run faster.

“The important thing is that the steps are more in contact with the ground,” says Dr. Weyand. In everything we do, robots, artificial limbs; this is an important physical principle for all ”.

The work, which is also the author of Peter G. Weyand, can be an important reference for the development of robots that can run fast. According to Weyand’s work, four-legged robot designs can be much faster than two-legged designs.