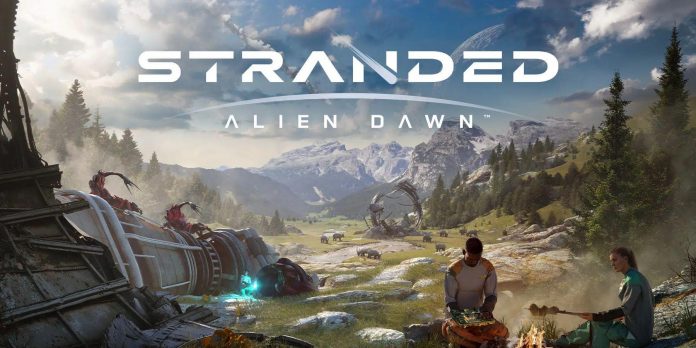 Haemimont Games is best known for its work on the Tropico franchise, a sun-drenched island management simulator set on a fictional island in the Caribbean. Now the team is preparing to release its latest game Stranded: Alien Dawn, and the first details were revealed at Gamescom this year.

After working on three games in the Tropico series, the team left the franchise to focus on new projects, including Surviving Mars 2018, a control simulator set on the Red Planet. With the latest game Stranded: Alien Dawn, early access to which is scheduled for October, the Bulgarian studio hopes to use its previous experience with the genre and give the process even more depth.

Stranded: Alien Dawn is a sci—fi urban planning game set in space and revolves around a group of astronauts stranded on an abandoned planet. Players have few supplies and are tasked with navigating the planet, mining raw materials and growing their food supplies to survive. As the story progresses, the technologies available to the group will also evolve.

Unlike Surviving Mars, in which players must colonize the Red Planet, in Stranded gamers start with the bare minimum. To begin with, basic farms and materials will be offered, but as progress progresses, high-tech defenses will eventually open up, allowing players to repel alien attacks and treat serious illnesses. Because Stranded is focused on survival, every action and decision will shape the story and influence the outcome of the game.

From the short teaser trailer, it seems that Stranded is the culmination of Hamimont’s previous games, since the elements of the interplanetary survival of Surviving Mars are always present. The problems faced by the group, such as fluctuations in weather and environmental conditions, as well as technology research, must be carefully addressed. If this is not enough, as in the case of Tropico, to make the islanders happy, gamers will have to manage the happiness of the survivors to make sure that the tasks and missions can be completed successfully.

While players are looking forward to the release of Stranded: Alien Dawn, fans of Hamimont’s creativity can enjoy their previous game. Last year, Abstraction Games took over the management of Surviving Mars and has been releasing content regularly ever since. The last full expansion of the game was released in September 2021, and more minor updates were released this year, including the addition of a train network — a feature much requested by the community. The stream of additions seems to indicate that the game will be supported for at least the next few years.

Stranded: Alien Dawn will be released in early access for PC in October.