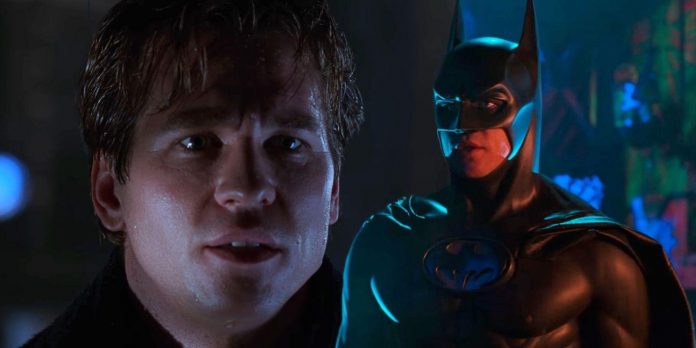 Joel Schumacher’s original idea for the much-maligned “Batman Forever” would have made the film not only darker, but also much better. After the success of Tim Burton’s Batman in 1989, his 1992 sequel Batman Returns was less successful. This prompted Warner Bros. to choose Joel Schumacher to direct their next Batman movie, which eventually led to Michael Keaton’s departure from the lead role. He was replaced by Val Kilmer, and “Batman Forever” was created.

In addition to the version of Kilmer’s hero, Batman Forever introduced other famous Batman characters Robin (Chris O’Donnell), The Riddler (Jim Carrey) and Two-Face (Tommy Lee Jones). He also deviated from the darker tone set by Burton’s two Batman films by adopting a more cartoonish approach to the source material. Ultimately, this led to a mixed reception of the film by critics, and also ensured that Batman Forever would be remembered as one of the worst live-action Batman films ever made (second only to 1997’s Batman and Robin).

However, director Joel Schumacher’s initial vision of the film was a darker and more thoughtful approach to his characters. Schumacher’s intention was to show Batman Kilmer struggling with guilt over his parent’s death and going through a crisis due to Batman’s influence on Gotham. Many such scenes were shot, but they were never included in the finished film — if they had been, “Batman Forever” would have been a much better film.

Schumacher wanted to explore the human side of Batman

Joel Schumacher reportedly initially wanted Batman Forever to explore Bruce Wayne’s psyche more deeply, forcing him into a crisis due to his role as Batman and feelings of guilt over the death of his parents. This would show Batman from Batman Forever as a much more human and vulnerable character, and would also correctly establish that his appeal to vigilantism was actually a reaction to emotional trauma, and not a heroic act. If the character had struggled with such deep existential and personal issues, it would have significantly changed the tone of the film, and Schumacher’s planned approach was eventually canceled. However, some of these ideas went into the finished film, and they are much more concretized in the deleted scenes of Batman Forever, hinting at what could have been.

The more serious and introspective tone that Schumacher wanted to bring to Batman Forever was dropped at the insistence of Warner Bros. This was largely due to the fact that they were unhappy with the profits of Batman Returns, as well as due to criticism that Burton’s films were too dark. “Batman Forever” turned out to be an over—correction, as it was criticized as being too cartoonish and mannered – something that wouldn’t have been a problem if Schumacher’s original idea had been supported.

Ultimately, “Batman Forever” disappointed, partly because it had real potential. However, moving away from Schumacher’s interesting and innovative ideas on how to continue the story of Bruce Wayne and make Batman a more human hero, Warner Bros. in fact, she doomed Batman forever to mediocrity. If director Joel Schumacher’s vision had been followed, “Batman Forever” could have been a much darker—and better—movie.

Which Pixar movie suits you according to your type of enneagram?