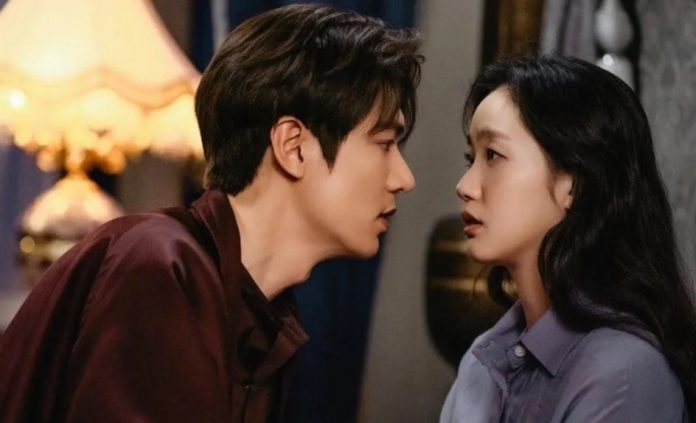 The King: Eternal Monarch conquered the international audience and the main couple gave us unforgettable scenes

If you are one of the people who enjoyed the story of The King: Eternal Monarch from beginning to end, then you will love reliving the best moments of Lee Gon and Tae Eul.

Among the fantasy stories that took over our screen in 2020, Lee Min Ho’s return to the small screen was one of the most talked about. The K-Drama may not have been a success within South Korea, but outside of South Korea it captured the attention of a large number of people.

There were many points in favor of this series, and although the romance unfolded in a way that surprised some viewers, there is no doubt that Lee Min Ho and Kim Go Eun’s connection was present.

That is why seeing his most romantic scenes was a pleasure for the fans and even aroused rumors of having an off-camera connection.

If you want to remember this charming couple and their evolution in drama, you’ve come to the right place.

THE BEST SCENES OF LEE GON AND TAE EUL

When Lee Gon appears in the Republic of Korea and goes in search of Tae Eul, he is happy to see the person he has been looking for for years, so he reacts charmingly to seeing her and does not hesitate to hug her to end the distance between them, the magic is broken when the girl reacts to the actions of who at that moment was a complete stranger to her, but that does not detract from the scene.

The couple shared a beautiful moment in the kitchen, when Lee Gon showed off his skills in preparing some foods that they could enjoy. When Tae Eul approaches him their foreheads come together in a tender touch.

Tae Eul refuses to believe that Lee Gon comes from another world, so he decides to show him what the place where he lives is like and together they ride through a magical dimension. The closeness between them is charming.

After Tae Eul is stranded in the middle of the Kingdom of Korea, Lee Gon goes to rescue the girl and they travel by helicopter, so that no one knows of their conversation they write one on the other’s hand using only their fingers to trace the letters.

When both characters enter to monitor what is happening in the palace and discover a tender interaction between its workers, so they also have a romantic moment sharing a kiss.

Tae Eul suddenly finds Lee Gon at his house and they suddenly reveal that they have become a couple, the reactions at that moment are charming.

The moment when Tae Eul is most at risk, she manages to escape but has nowhere to hide so she just waits for a miracle for Lee Gon to find her, luckily her wish comes true.

Kiss scenes cannot be left out of this list and one that you will surely remember occurred when Lee Gon asks Tae Eul to go with him and live in the Kingdom of Korea.

What does the flock mean for the end of the series