Home Celebrity Scenes deleted in the television adaptation of the story 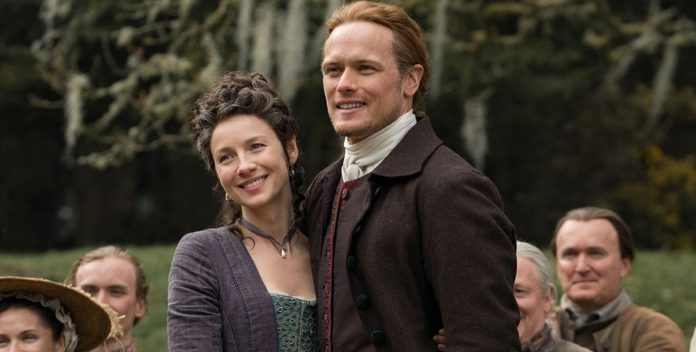 Outlander fans have just about everything they’ve wanted – and more – from season 1. Four seasons later and now we’re approaching the season 5 premiere with bated breath.

Without a doubt, readers of Outlander books can understand the narrative more clearly than first-time audiences. These are things that readers of Diana Gabaldon’s books will understand better than other viewers of the series.

Just when it seemed like all hope was lost for Claire (Caitriona Balfe) who was accused of witchcraft in Outlander, Jamie (Sam Heughan), of course, walks in to save the day and draws his sword from him to get his wife out of there. .

But in the Outlander books, he rides on a horse and throws a crucifix around Claire’s neck to show that she couldn’t be a witch, otherwise the crucifix would harm her.

Outlander book readers will better understand the meaning of the pearl necklace Jamie gave Claire. On screen, the necklace, which belonged to Jamie’s mother, is given to Claire after the exchange of the wedding vows.

In the Outlander books, Claire receives the necklace before walking down the aisle – not at the time of the exchange of the wedding vows other than that readers have more background on the necklace than viewers of the television adaptation.

A world of time travel

It takes a reader of the books to know how intimately time travel is woven into the series and how much prominence it is given in the narratives of the Outlander series.

The Outlander books further explain the concept of time travel, and author Diana Gabaldon goes into greater detail about the mechanics behind the story device.