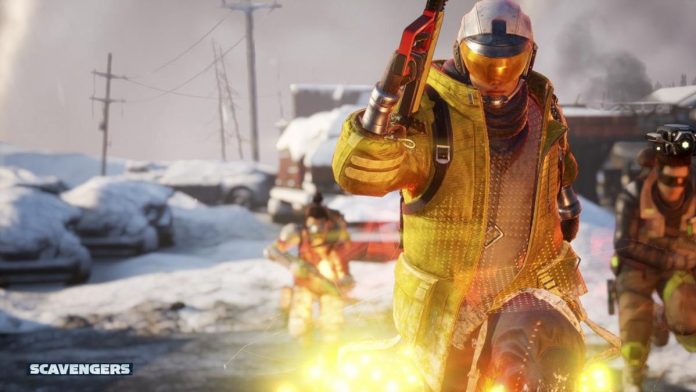 Scavengers: The Midwinter Entertainment title, which adds elements of survival, will also be released on consoles in the near future.The first video game from Midwinter Entertainment is called Scavengers and it is a multiplayer shooter that combines PvP and PvE. Set in a post-apocalyptic world, players will compete against each other and fight against other enemies and against inclement weather. As of April 28, those who want to try it will be able to do so thanks to early access, available exclusively for PC. To access it, you will have to view streamings of the video game, as we show you in MeriStation below.

-After claiming your Twitch Drop, you will receive an email with a Scavengers Steam key and you can start playing

-According to the study in a press release, the community of players who have previously registered or who have participated in some of the previous betas will have access completely automatically.

Josh Holmes, director of several titles in the Halo series and co-founder of Midwinter Entertainment, has commented that “kicking off early access with a Twitch event will give fans the opportunity to learn more about Scavengers from the hand of the community.” According to the developer, early access will allow them to easily expand their capabilities when adjusting the game or “implementing new systems”, all thanks to user feedback. “This is an achievement before the full launch that will take place this year.”

Scavengers will not only be released on PC, but will also have a console version coming soon. The objective is to survive in a squad of three players while they obtain datapoints against rival teams. Use futuristic skills and weapons and use strategy to get out of all situations.