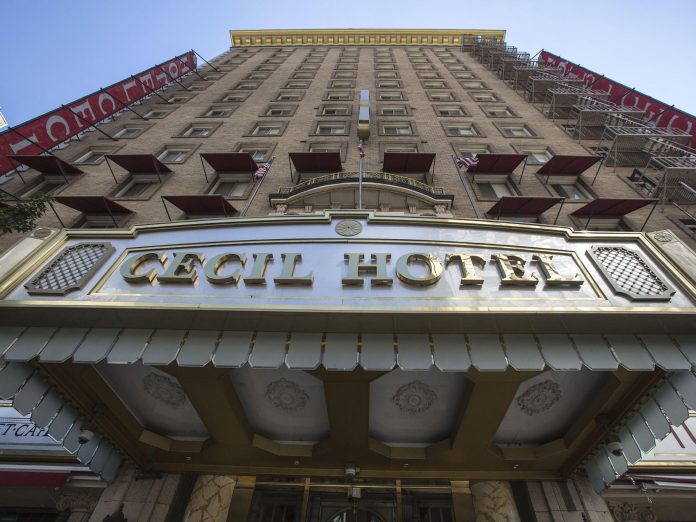 The Netflix streaming platform has just launched the documentary series Crime Scene, with which many viewers will become obsessed after learning about the terrible cases that occurred at the Cecil Hotel located in the city of Los Angeles.

The documentary series Crime Scene, which consists of four episodes, focuses on the case of Elisa Lam, a guest at Hotel Cecil, who was found dead in one of her water tanks.

Despite the fact that investigations according to the authorities concluded that Elisa’s death was an accidental drowning, the mysterious circumstances of the case so far remain in dispute.

The documentary series Crime Scene: Disappearance at Hotel Cecil, reconstructs Elisa’s case after a clueless police officer showed the terrifying images of the last time the 21-year-old girl was seen alive, who mysteriously disappeared after strange behavior on hotel upgrades

It is important to note that the famous Hotel Cecil has a disturbing history, as many cases of disappearances and macabre torture have occurred inside it since it was built in 1927.

Each of the gruesome events surrounding the mysterious hotel that has witnessed numerous crimes throughout its existence, from the woman who murdered her newborn son in 1944 to a serial killer, is worth learning a bit about. who lived at the hotel in the 1990s.

In 2017, the Cecil Hotel was officially classified as a historical monument in the city of Los Angeles, attracting tourists who travel from different parts of the world.