Home Crypto Scary Charts in Bitcoin: Can the price fall to these levels? 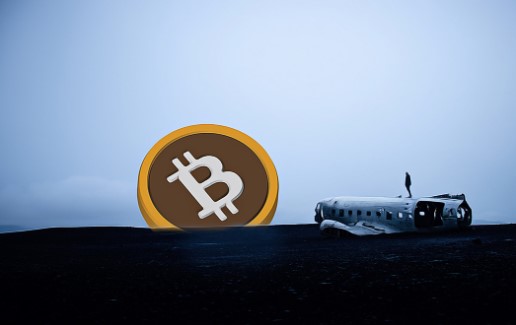 Analysts, studying the weekly and monthly charts of Bitcoin, warn that the price of Bitcoin in the coming months will follow the same path as the bear market.

According to new data, Bitcoin (BTC) is facing a schedule that could lead to a 50% loss in value from a historical point of view.

On April 25, Nunya Bizniz, one of the leading expert investors in the cryptocurrency markets, shared with her followers that two important movements in BTC/USD should be taken into account on Twitter, which she shared.

When will BTC recover after the fall?

Analyzing the data for all time, experts say that only for the third time in the history of Bitcoin there was a break down of the 20-week and 50-week moving averages (WMA).

Although this situation may seem harmless at first glance, this decline is similar to the one that occurred at the end of 2014 and 2018, according to analysts, as “Will history repeat itself? “This causes comments.

Similar points were achieved in the four-year cycles of halving Bitcoin rewards in the aforementioned 2014 and 2018. Although a lot of time has passed, it became curious whether the same situations will arise in the next halving.

Commentator and macro investor Tuur Demeester, who has been closely following bitcoin for a long time, said in a statement; “I think that with a technical review of this chart, parallels can be drawn that can be considered reliable,” he said.

In his statements, Tuur Demeester said: “If Bitcoin does not capitulate this time and can stay above $35,000, it will really be a bullish signal. However, given that global markets are very weak in the baseline scenario, I think there will be a decline and then a recovery period of 3-6 months,” he added.

It is believed that the prolonged blood loss of Bitcoin is suitable for the leading cryptocurrency to move along with stocks, if we consider it on a global scale.

Expert analyst Dylan Leclair shared his thoughts on this on his Twitter account, stating: “The US dollar continues to strengthen against other currencies due to tightening financial conditions. Historically, the ultimate strength of an economic system with excessive use of borrowed funds is approaching.” said.

All Eyes Are On These Two Altcoins! Famous Analyst Expects Big...