Home Science Scary Case That Will Stop Using the Swab 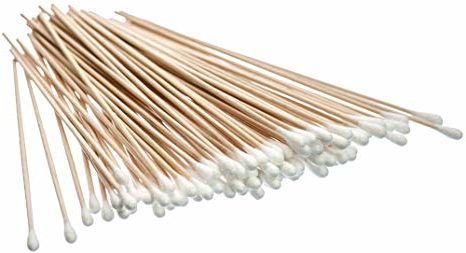 Many experts have been saying for many years that ear swabs can be dangerous. Most people are not afraid of these warnings to stop using sticks, but an old case uncovered seems to be able to change these views. The experiences of a man who has experienced severe neurological problems due to using a ear cleaning stick reveal how dangerous these sticks can be.

Many of us prefer ear cleaning sticks to provide in-ear hygiene. Although there are many tools for this, the easiest and practical looks like this. However, this method may not be as healthy and safe as we think. Cleaning our ears with cotton swabs can lead to even greater problems when removing dirt from the eye.

According to a case report recorded in 2019, the risk posed by bars is frightening. A very healthy man complained of various seizures and mental blur, according to the report. As a result of the tests, an infection due to earwax was found inside the skull of the man.

Earwax caused loss of consciousness
According to the reported case, a 31-year-old, healthy-looking man suddenly collapsed and was taken to the hospital’s emergency room by ambulance. The man who had some seizures in the hospital was quite sleepy and confused. The memory of the man who experienced headaches and nausea in the following days was not as strong as before. Later, it was understood that the man who had been experiencing left ear pain and hearing loss intermittently for years had a dangerous infection. As a result of CT scan tests, an inflammatory abscess was found in the skull of the man.

How did the ear stick cause inflammation in the skull?
Cotton of the cotton swab squeezed into the man’s ear. Cotton blocking the ducts did not only lead to sound loss and pain; it also caused earwax to accumulate inside. The progressive and growing dirt eventually reached the tissue surrounding the brain, causing inflammation here.

Fortunately, the jammed cotton was removed from the man’s ear and the desired result was achieved after 8 weeks of antibiotic use. Serious neurological problems experienced by the man were solved. He no longer uses a swab. Experts recommend other hygiene alternatives, stating that although not always so serious, the ear cleaning rods can cause many problems.

Image Showing the Terrible Results of Putting Feet on Torpedo in...