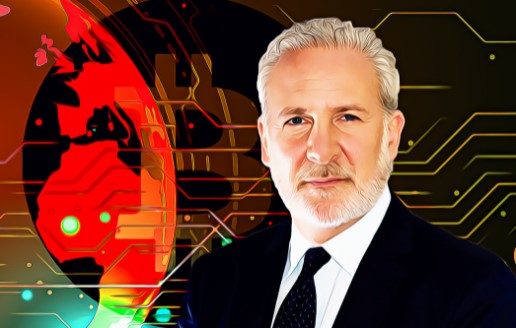 Peter Schiff, one of the famous Bitcoin critics, once again predicted a major collapse in the leading cryptocurrency Bitcoin (BTC). However, Peter Shiff pointed to the technical conditions of the cryptocurrency as the reason for the collapse in Bitcoin this time.

According to the chart shared by Schiff, Bitcoin has created a strong bearish pattern called the “Double Top”.

The famous name Peter Schiff, who is skeptical of the crypto money industry, announced his latest expectations about Bitcoin. So much so that Peter Schiff, in his statements, said that BTC created a bearish pattern and faced a great risk.

The head of SchiffGold stated that if Bitcoin drops below $30,000, the price could drop to $10,000 almost instantly because nothing on the long-term chart is protecting Bitcoin from falling into the support zone mentioned above.

However, while the famous economist predicts an extremely large drop in Bitcoin, he thinks that Bitcoin has a long way to go and may even reach its absolute low and lose all its value gained during the year.

Schiff’s analysis is based on the widely known technical pattern called the “Double Top”, which generally marks the apex of a bullish rally and is considered to be over once the rally falls below the “neckline” currently at around $30,000.

So, how consistent is this prediction made by the famous critic Peter Schiff for Bitcoin?

According to the weekly Bitcoin chart, the double top pattern is not as accurate as it should be. Adding to the low accuracy, the formation does not appear to be complete yet as Bitcoin has successfully bounced from $35,000 and has recently reached $45,000.

However, despite Bitcoin falling to $42,000, the double top pattern on the weekly chart can already be considered flawed. Earlier, famous analyst Peter Brandt stated that the leading cryptocurrency Bitcoin creates another head and shoulders model.

As of the time of writing, the flagship cryptocurrency Bitcoin (BTC) continues to trade at $42,042, down 0.79% in the last 24 hours, according to CoinMarketCap data.