Home Entertainment Scarlet Witch And Vision Will Not Have A Second Season: The Director... 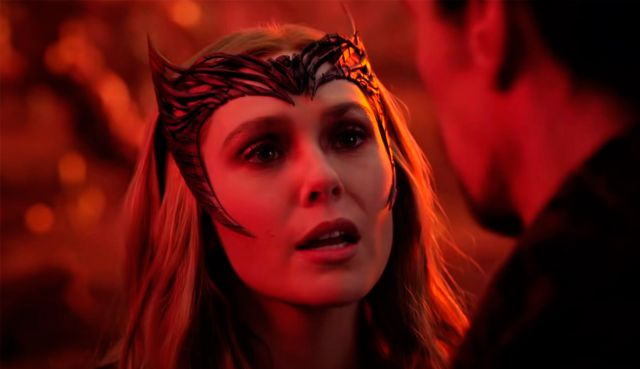 Scarlet Witch: Mohamed Diab, director of the Marvel Studios Moon Knight series, assures that WandaVision will remain in a single and unique season. With the arrival of Disney+, Marvel Studios has found the ideal framework to continue expanding its cinematographic universe through different series, productions that maintain the same level as the movies. In addition, they serve both to introduce new characters and to tell more about superheroes that we already know from the films, all through stories that constantly mix and feed each other.

And a good example is the successful Scarlet Witch and Vision, the first of these UCM series to reach the streaming platform that served to expand Wanda Maximoff’s own universe and bring her to a climax as Scarlet Witch, which will reach its peak in the upcoming film Doctor Strange in the Multiverse of Madness. But, was there a possibility of seeing a second season of the series? According to the director of Moon Knight, the next UCM series that premieres imminently on Disney +, no; There will be no second season of WandaVision.

And it is that everything indicates that Scarlet Witch will be a decisive character in everything that has to come in Phase 4 of the UCM and beyond, starting with the next sequel to Doctor Strange. That is why it makes no sense to return to WandaVision, both because of the plot and because it is a product totally constrained by the evolution of its protagonists.

“It’s a very crazy world, even with very successful series like Scarlet Witch and Vision they are not doing a second season. They’ve made her jump right into a movie, so either she’s going to come back or she’s not. It’s exciting”, says Mohamed Diab.

And it is that some Marvel Studios series do give rise to new seasons, such as the already confirmed Loki, while other productions will remain only with the limited series label due to their own plot and context, as seems to be the case of WandaVision . Even so, a new spin-off is born from WandaVision with the next series focused on Agatha Harkness, starring Kathryn Hahn.

How to Use Jumping Skewers in Monster Hunter Rise: Sunbreak

Of course, Dwayne Johnson was the first to perform the theme...