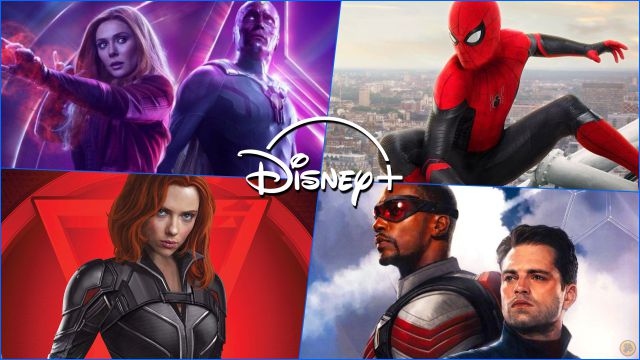 With Phase 3 ending with Spider-Man: Far From Home, it is time to begin a new era in the Marvel Cinematic Universe.

Marvel’s UCM, which is made up of both films and series after the Disney + incursion, faces a new era from this year 2021. The events narrated during the last eleven years culminated with Avengers: Endgame and Spider-Man: Far from home closing a story arc nurtured, connected and enriched, but which also opened the doors to a new stage with new characters and stories. On the occasion of the premiere of the Witch Ecarlata and Vision (Wandavision) series, we review the agenda of series and films that are part of Phase 4 of the Marvel Cinematic Universe.

Because everything will start with WandaVision this January 15 on Disney +, a platform that grows by leaps and bounds in its number of subscribers because it offers everything that the Star Wars and Marvel lover, among many other licenses, could wish for: movies, series, content behind the scenes and much more. But it will not be only WandaVision and The Falcon and the Winter Soldier the contents with which Phase 4 begins this first half of the year, because at the end of April we will have Black Widow, delayed several times and for various reasons. From there, in May it will be the turn of the Loki series, also on Disney +, while in summer it will be the turn of What If… ?, a refreshing production with which to pause the main plot.

Shang-Chi and the Legend of the Ten Rings will be our next appointment with the cinemas, hopefully then with a little more health security, to see how everything is channeled for the month of November, when the real marathon composed of The Eternals movie, the Hawkeye series and Spider-Man 3, where rumors point to a multiverse overflowing with fanservice. We leave you the complete catalog for 2021, 2022 and beyond. Finally, it should be noted that Deadpool 3 (2023) is integrated into the UCM, confirmed this same month of January.

See Also
Scarlet Witch and Vision: How many chapters does it have

Marvel series and movie premieres in 2021

Marvel series and movie premieres in 2022

Marvel series and movie premieres for 2023 and beyond