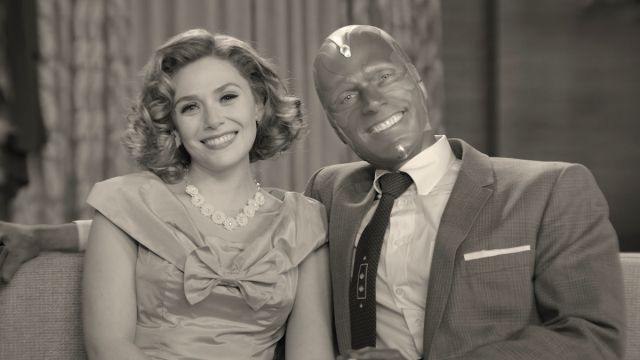 Scarlet Witch and Vision (Wandavision) will premiere on Disney + this January. We already know the exact day, how many chapters it will have and its duration.

Disney + begins its 2021 grid with another series from the Marvel factory. Scarlet Witch and Vision will debut very soon on the platform via streaming. Its arrival marks a special event, and that is that it will be the first Marvel Studios series that will be part of the UCM and that it will debut in the subscription. Almost nothing. We review when we can see it and how many chapters it will have.

Scarlet Witch and Vision (Wandavision): when does it start and how many chapters does it have?

You can start enjoying Scarlet Witch and Vision, the original Disney + series from Marvel Studios, starting January 15. An exact opening time has not been revealed so far, but we do know that it will be from that date.

The series will premiere that same day with the publication of two episodes. A week later, on January 22, the third episode will arrive. The publication rate is expected to be one per week until its conclusion on March 12. Therefore, we talk about the Scarlet Witch and Vision having 9 chapters in total. How long will it take us to finish it? The entire duration of the series is estimated at about six hours. We leave you with the complete list of the episodes:

See Also
Scarlet Witch and Vision: Will be part of the MCU

“A love letter to the golden age of television”

That’s how forceful the series’ main screenwriter, Jac Schaeffer, was. “We are paying tribute to all these incredible series and the people who came before us; we are also trying to open a new territory ”, explained the scriptwriter. The style of the would vary. During the first half it will show a classic North American sitcom style, from the 1950s to the 1990s. Some will be in black and white, while others will be in color. Will there be a real audience? Do not hesitate.

Scarlet Witch and Vision tells us about Wanda and Vision’s life as a couple in a Westview, San Diego urbanization. After the events of Avengers: Endgame, the duo will try to hide their powers from the community, although it will not be easy.