Home Entertainment Scarlet Nexus Comes To Xbox Game Pass; One Of The Most Acclaimed... 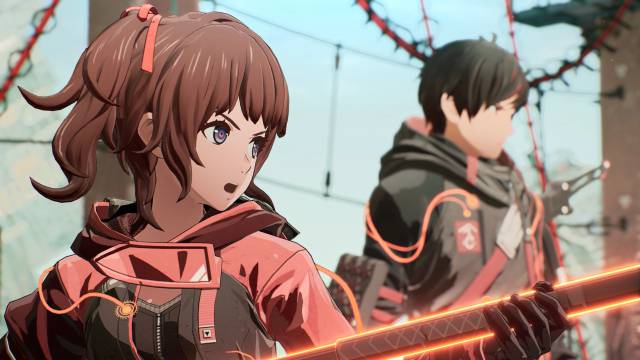 “Game Pass is truly the best way to discover and play your next favorite game,” said Sarah Bond on the occasion of the announcement. “I’m happy to share that today you can jump in and play Bandai Namco’s amazing Scarlet Nexus RPG with Xbox Game Pass.” And so it is. A collation of the announcement, during the presentation a trailer of the next downloadable content (DLC) that Scarlet Nexus will receive soon was shown; although they have not given a date.

Stylish anime turned into an Action RPG with charisma

The confirmation of Scarlet Nexus as part of the Xbox Game Pass catalog is something that has been around for months. Last June it was announced that Microsoft had closed a deal to add it to the platform; something similar to what happened with Outriders earlier this year. However, from Bandai Namco they declined to offer statements in this regard. It should be said that Scarlet Nexus was one of the first games shown at the Xbox Series X conference last year 2020.

Now it is official that the title, with an 80 in Metacritic and more than 80 user scores, reaches the extensive Xbox video game service and thus reinforces the little by little growing list of JRPG works (either by turns or ARPG ) at service. From Yakuza to Final Fantasy through Kingdom Hearts, Tales of or this Scarlet Nexus give reasons little by little for lovers of the genre and the Japanese public to join the ecosystem.