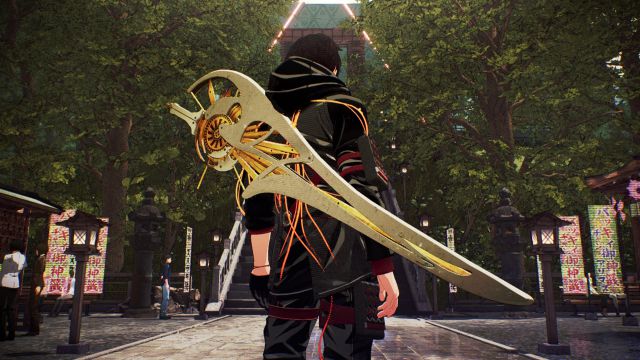 Scarlet Nexus: Bandai Namco confirms the first details of patch 1.07, which is available on PS4, PS5, Xbox One, Xbox Series X/S and PC. The Scartlet Nexus post-launch plan continues to deliver content, this time in the form of game modes. The official Twitter account of the video game has confirmed the news of update 1.07, which includes the long-awaited Photo Mode, an unprecedented difficulty mode (very difficult), as well as the possibility of equipping support plugins. Some skins for weapons have also been incorporated, among other improvements. The patch can now be downloaded on all systems.

Photo Mode allows you to adjust the angle of the camera, modify the expressions of the protagonists, put on or take off their hoods, etc. The rest of the functionalities that are implemented in the update have not been detailed yet. On the other hand, Bandai Namco is preparing a third paid DLC, so there is still an adventure for a while.

Will there be a sequel to Scarlet Nexus?

Scarlet Nexus is a new intellectual property, which opens the doors to possible new installments in the future. At the moment, Bandai Namco has not guaranteed the continuity of this brand, although from the development studio they are confident that it will happen and they already have some ideas in mind. This was stated by director Kenji Anabuki in an interview with Inverse, where he assured that he would like to outline ideas for a more mature audience.

“If there is a sequel, I would personally like to use the superpower theme in parts other than combat,” he said. “The world and locations of the story can potentially be created to fit an even more mature audience, if we explore themes such as the dangers of having or using superpowers.” Although the new generation faces its second year, the director defends that the project should be intergenerational.

Scarlet Nexus is available on PS4, PS5, Xbox One, Xbox Series X, Xbox Series S, and PC. It is also one of the attractions of Xbox Game Pass, since the title continues within the catalog of the Microsoft service.

Will Osprey Says Kenny Omega Prevented His AEW Debut in 2021