Home Tech The Scariest Data on Coronavirus Announced on Wednesday 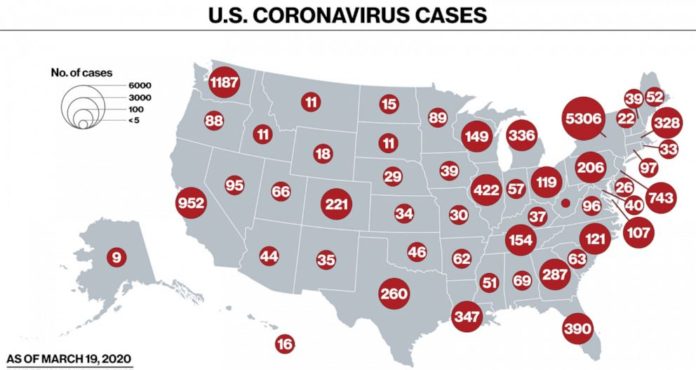 The coronavirus, which has become the focal point of the whole world, gave the biggest damage it has done so far yesterday, on Wednesday. Many data released yesterday was a record for the COVID-19 outbreak.

The coronavirus, which has become the main item of the world agenda especially in the last 1 month and which is the focal point of the governments, continues to spread rapidly today. The virus, first seen in China and in the coronavirus family, spread to the whole world in a short time.

Although the virus has hit China, the most resource point ever, China has begun to breathe slowly after a 3-month struggle. While the measures taken in the country have been mitigated cautiously, the measures taken by many countries, especially against China, have started to be taken by China against other countries today.

According to the data announced throughout Wednesday; On Wednesday, coronavirus was detected in 20.584 people worldwide. The number of people infected with the virus thus reached 218,822 on Wednesday. Also on Wednesday alone, 973 new news of deaths were announced. Some of the data released during Wednesday were as follows:

Turkey: On Wednesday it was announced that 93 new cases in Turkey has reached 191 and the total number of cases.

Italy: 475 people died in Italy last day in Italy, where the coronavirus has killed the most people to date. This number was the most death ever.

Iran: 147 people died in Iran on Wednesday, according to Reuters. This number was a new record for Iran.

USA: The USA announced on Wednesday that 2,300 new cases were detected. This number was a new record for the USA.

Spain: 2,943 new cases were announced on Wednesday in Spain, another country heavily hit by the Corona virus. This number was a record for Spain like other countries.

China: No new cases were detected on Wednesday in China, the source of the Corona virus.

How will the coming days be?
We observe that coronavirus follows a constantly increasing graph in each country. In a recent article, we have shared with you an article that shows how these types of viruses spread and how the spread rate was affected if different measures were taken.

If we do not strictly follow the measures suggested to us, the most brutal scenario followed by Corona virus and other virus types will start to come true and there will be nothing next Wednesday on Wednesday. So following the statements from experts and governments and taking the recommended measures will affect the lives of not only you, but also other people.

PS5 will have more exclusives than ever, promises Jim Ryan