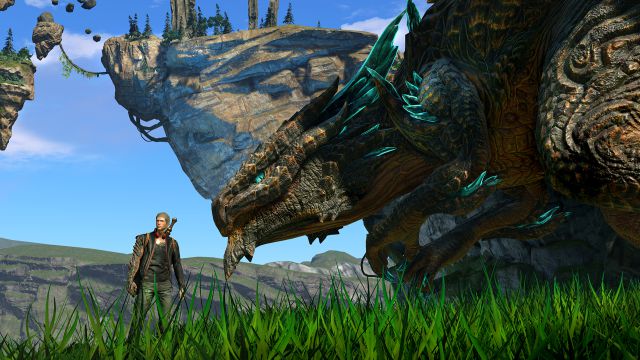 Scalebound: The PlatinumGames game was an Xbox One exclusive, but Microsoft decided to cancel its development. That the cancellation of Scalebound was painful can be seen in each of the statements of its creator, Hideki Kamiya, but also in the comments of the community. Years have passed since Microsoft decided to stop its development on Xbox One, and there are still many who remember it. Kamiya himself recently said that he wanted to speak with those from Redmond in order to resume the project, a comment that he has said “completely seriously”.

This has been assured in an interview with VGC, in which they have asked him about this issue, that he brought up some words spoken during a meeting with IGN Japan. “I think it’s really weird because, to be honest, I’ve been in a lot of interviews since the project ended and I think I’ve said on multiple occasions that I’d like him to come back.”

According to his words, as a creative, he wants to complete the development. “I’ve heard from fans that they’d love to play,” so I’d like to offer them that chance. And he adds: “It’s something I think I’ve been saying or trying to say for years. I have commented on it in previous interviews and I have not received reactions, but now I have finally gotten them and I am happy. But no, it’s not a joke. I’m totally serious.”

About possible talks with Microsoft

Is PlatinumGames in talks with Microsoft for a Scalebound comeback? “I can’t confirm or deny anything, but we could be talking to Microsoft. We can also talk to Nintendo, Sony, Capcom, Konami or anyone”, Kamiya acknowledged.

The Japanese developer has also recalled that Platinum has grown over the years. “As a company we have gradually grown and gained experience in terms of technology” and the number of workers. “At the time we were designing Scalebound there were a lot of things that we couldn’t offer, so it was difficult for me. It was hard to fail like that.” When the project was cancelled, he reflected and thought that he had to try it again.

“Time passed, things changed and now it is different. I’ve had time to think and yes, I want to do Scalebound again. That’s what I feel.

Scalebound was a hack’n slash action game in which we interacted with a huge dragon.