Home Crypto Saying “The Sellers Are In The Field”, The Analyst Awaits These Levels... 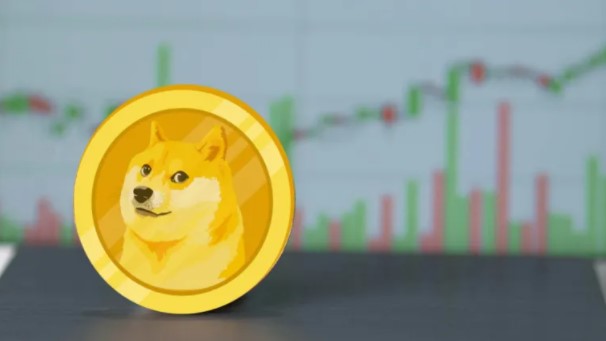 Dogecoin price may be at risk as sellers start to take over the market. Crypto analyst Sarah Tran predicts that DOGE price could touch $0.091, accompanied by a consolidation pattern.

On the 12-hour chart, Dogecoin’s price has formed a symmetrical triangle formation as it continues to surprise analysts. As the selling pressure builds, DOGE is approaching the lower bound of the dominant technical pattern. According to the Arms Index (TRIN), which measures the overall market mood, there are currently more sellers than buyers in the market. If Dogecoin price breaks the lower bound of the pattern on its chart at $0.138, the bears will attempt to deepen the decline to $0.091. The 78.6% Fibonacci retracement level at $0.133 could be the critical support level on this path. In the price action of the day, a new support line at $0.119 might emerge.

If the bearish sentiment continues to rise, Dogecoin could find strong support near the local high of April 13 at $0.096 before falling to the pessimistic target of $0.091. If the bulls intensify their buying, the 61.8% Fibonacci retracement level at $0.411, coinciding with the 21 twelve hourly SMA, will act as critical resistance on the upside. Where the 100 hourly SMA intersects the 50% retracement line, with additional headwinds, the bulls could aim at $0.151. As a result, even if the buyers decide to reverse the underperforming period, the bulls will face multiple strong resistances ahead.

DOGE is now abundantly available on exchanges, according to Whale Alert

In the recent analysis that we quoted as Kriptokoin.com, the famous analytics platform Whale Alert reported that the flow of Dogecoin to the exchanges has increased significantly. The increase in coin/token entry to exchanges means an increase in selling pressure and a consequent decrease in Doge price according to historical data. In the positive news surrounding the meme coin, Tesla CEO and Doge supporter Elon Musk has confirmed that payments can be made with Dogecoin at the Tesla charging station. This statement was made on February 19th and did not cause the explosion, like the 30% price increase accompanied by Musk’s tweet to send Dogecoin to McDonald.

Good News from Dogecoin and These 18 Altcoins: Company Adds to...