Home Entertainment Save Up to 37% on the Latest Samsung Devices on this Big... 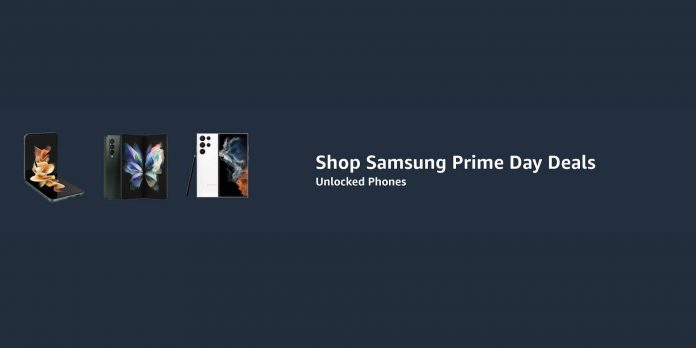 Samsung fans can save between 25 and 37 percent on the latest generation of devices that will be unlocked during Amazon Prime Day 2022. The latest Samsung devices have been missing for a long time, and users who haven’t updated yet are waiting for prices to appear. down to take them in hand. The Korean company released the Galaxy S22 series earlier this year, on February 25. The previous generation was released on January 29, 2021. In addition, Z Flip 3 and Fold 3 were released on August 27, 2021.

Prime Day is the perfect day for users to upgrade their Samsung devices. Amazon has a selection of smartphones to choose from, so whatever phone users have now, it will be easy to upgrade to one or more generations. As for the Galaxy S series, the next generation is not expected until early next year, so if their current Galaxy S generation is on its last legs, now is the time to purchase the S22 or S21.

Interested users should quickly jump to these offers because Prime Day is only on July 12th and 13th. This doesn’t leave a lot of time to make decisions, but is ideal for users in need of an update. If they miss out on these deals, they’ll have to wait until the next generation of the latest devices is released and hope these devices get another price cut.

Among Us: Game is Free for PC at The Epic Store...