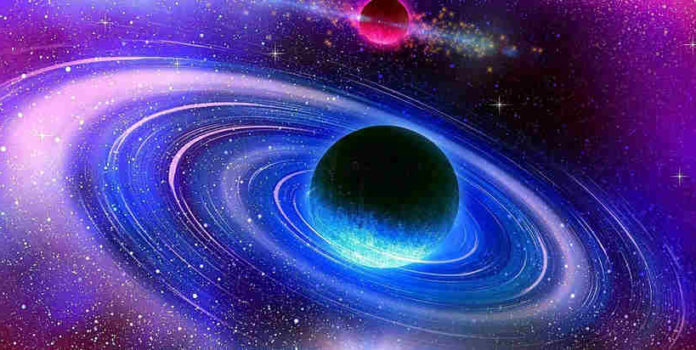 Saturn’s satellite, like Earth, Titan can be an important place for life outside the Earth. A study carried out while studies on Titan continue, showing that life is unlikely to develop in Titan.

After the Jupiter satellite Ganymede, the satellite of Saturn, the largest satellite in our solar system, Titan has two important features that can host extraterrestrial life: a dense atmosphere and liquid similar to Earth’s.

These two important features make Titan an important place in extraterrestrial life studies. However, the fact that the seas and lakes in Titan are composed of hydrocarbons, unlike those on Earth, makes scientists think.

One of the developments that enables life in the world is the membranes formed by fatty acids around the cells that form. In a few previous studies on Titan, it was concluded that this structure may occur in the fluid pools of Titan.

Researchers, who studied the data from Titan, explained in the past that a set of equivalent structures made up of nitrogen-based molecules called azotosomes may have appeared. For these structures to occur, a temperature of -185 degrees Celsius is required.

In previous studies, it has been suggested that such structures can emerge and become widespread in a celestial body such as Titan, using molecular dynamic simulations, which is a technique frequently used to study the chemistry of life. However, a new article published in Science Advances on January 24 announced that these studies were wrong.

In the study, which was carried out using a more complex simulation developed using quantum mechanics, the structures were examined in terms of their thermodynamic viability. Chemicals want to organize themselves in a way that they will have the simplest and lowest energy level. In the study, the researchers investigated whether azotosomes have the simplest, most effective arrangement for nitrogen-bearing molecules.

In the article in which the results of the study are shared, it is stated that Titan, which is a serious example for life researches, failed to host vitality. Azotosomes applied in simulation are not thermodynamically suitable for Titan.

Making a statement about their work, the researchers said that their work should help understand what experiments will be included in the Dragonfly mission of Titan, planned by NASA in the 2030s. The researchers explained that it was theoretically possible for life to appear on Titan, but such a form of life would probably not have a cell membrane.

Complaining by Science May Be More Useful Than You Think