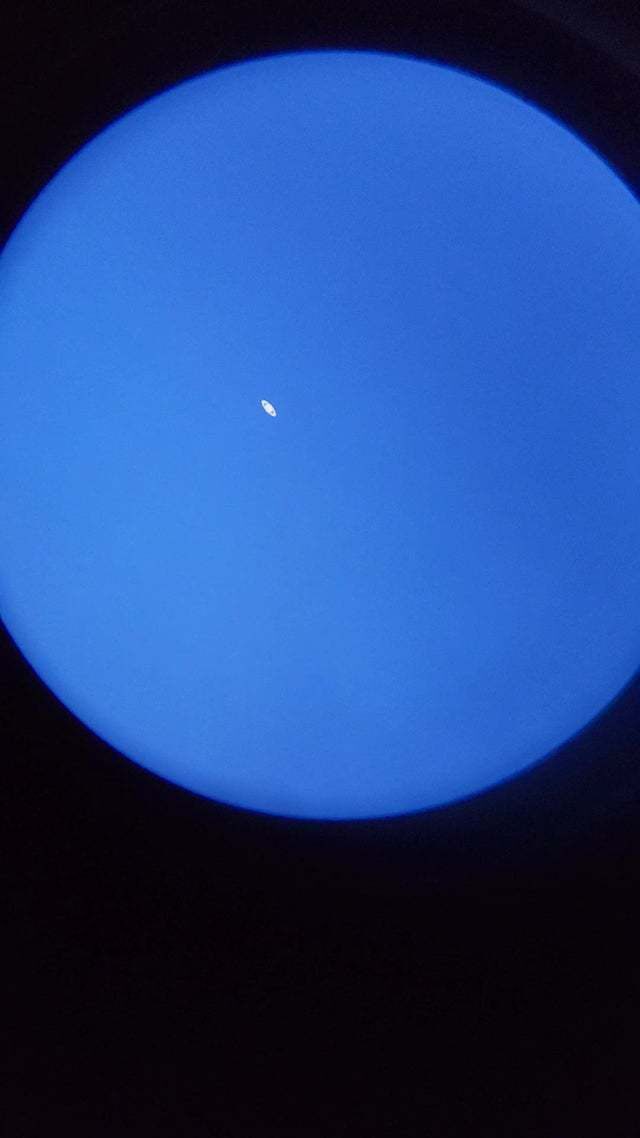 A man named Josh Rabener managed to capture a pretty clear picture of Saturn using the telescope and the Samsung Galaxy S10. In the photo, even the thin ring of Saturn can be clearly seen.

The sky above us contains many beauties that we cannot see with the naked eye. With the advanced zooming features of today’s smartphones, we can take eye-catching photos of nearby celestial bodies like the Moon. However, a man went even further in this regard, using a telescope and Samsung Galaxy S10 to capture the photo of Saturn.

The man named Josh Rabener bought a telescope three months ago and started observing the sky. Then on April 23, he took a photo of Saturn, the second largest planet in the solar system. The sky in the region is specified as Class 6 on the Bortle scale, which defines the astronomical observability of celestial bodies. In other words, there is a very bright sky above Rabener.

Image of Saturn taken with Samsung Galaxy S10:
The photo was taken about 15 minutes before sunrise, so the sky looks light blue. Saturn can be clearly observed in the sky, which is not yet fully enlightened, including its iconic ring around it. Rabener seems to have taken full advantage of the blessings of the clean and bright sky above him.

Josh observed Saturn with the Zhumell Z8 Dobsonian with an 8-inch parabolic mirror and a 9mm Plössl lens that came with it. Coming to the camera, Josh only used a Samsung Galaxy S10 with standard camera settings. He aligned the camera of the smartphone and the eyepiece of the telescope, and the above result turned out.

Rabener explains why he shot the image with the words “I wanted to get a more realistic image than shown in books and magazines. I wanted to draw the pure beauty of looking through the telescope lens.”

Microsoft stands by Epic against Apple