Home Entertainment Satisfactory: how to unlock (use) Ziplines 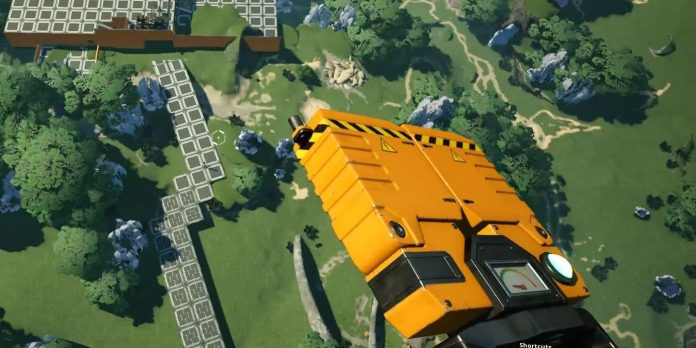 Ziplines are one of the first gaming tools in Satisfactory that can help players move around much easier. It only takes a few resources to create a Zipline, but to use this tool, you also need to create power lines. Fortunately, power lines don’t have to have power, and the zipline can be used to travel or move between them.

Before creating and using the Zipline, players need to unlock the tool by completing part of the Caterium research tree on a molecular analysis machine, which can be unlocked in the Satisfactory at the first level. Zipline is the fifth branch in the Caterium research tree, and players will need to donate 50 cables and 100 Quickwires to unlock the crafting recipe. Quickwire and Cable will already be unlocked when the Zipline recipe is available.

Both Copper ore and Katerium ore must be collected to create the fast wires and cables needed to unlock the Zipline. Copper ore can be processed into copper ingots, and then turned into wire, from which cables can be made. Similarly, Caterium Ore needs to be turned into Caterium Ingots to make Quickwires. It is recommended that players collect more than they need, because both cables and fast wires are also needed to create a Zipline after unlocking the recipe.

How to create and use a zipline in Satisfactory

The recipe for creating a Zipline requires 30 Quickwires, 10 cables, three Iron Rods and one Xeno-Zapper. Iron rods can be obtained by collecting some iron ore resources in the Satisfactory and turning them into iron ingots. Players receive the Xeno-Zapper as a melee weapon after exiting the drop pod, but more can be created using 10 iron rods, 15 cables, 50 wires, and two reinforced iron plates. After the necessary resources are collected, a cable car can be created in the Equipment Workshop.

Ziplines can be used to slide along power lines by simply equipping the tool, jumping on the wire and holding the left mouse button. As soon as the button is released, Pioneer will disconnect from the power line. Players will automatically jump when leaving the power line, which can be useful for switching to another wire. When the players are on the power line, the direction of movement cannot be changed.

Ziplines are a great way to get around, but there are limitations. If a power pole gets in the way, the pioneer may get stuck, and players will have to use the direction keys to try to free him. Most of the power lines in the Satisfactory can be moved, but they must be close enough. The transmission will also fail if the angle between the two power lines exceeds 80 degrees. Despite some limitations, ziplines are still an important tool for traveling to Satisfactory.

Everything included in the Trinity Masquerade Edition for Bayonetta 3