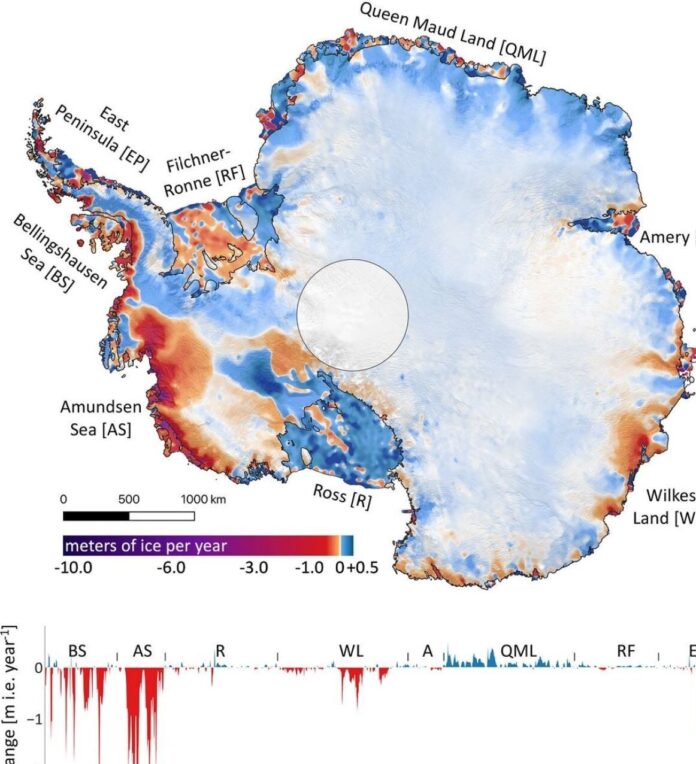 Due to global warming and climate change, ice sheets at the poles are melting more each year. The images that this situation was most clearly revealed came from satellites. The situation in Antarctica is not heartwarming.

NASA satellites have been observing the meltdown in Antarctica and Greenland for a very long time. The changes in the glaciers in these two regions in the last 16 years have been followed up. The incoming images and data also contain information about the ways we should follow.

When the observations made and the data examined are examined, we encounter surprising and frightening facts. In both regions, billions of tons of ice melt into the oceans and raise the sea level.

Seas are rising
Studies conducted between 2003 and 2016 revealed that the sea level in the world rose slightly more than three centimeters in this period. Although ice accumulation increases in the east of Antarctica, it is not enough to cover the terrible ice sheet loss in Western Antarctica. Melting in these layers caused a third of the increase in sea level.

The source of the findings was NASA’s ICESat and ICESAT-2 satellites. Satellites with laser measuring equipment aim to provide a better understanding of global warming and climate change by measuring the height and thickness of the glaciers.

Melting glaciers will continue
According to the researchers, the melting of glaciers in Greenland and Antarctica will continue for many years. When we look at the annual melting amounts, we see that Greenland lost 200 gigaton and Antarctica lost 118 gigaton. Let us remind you that a gigaton corresponds to 1 billion tons.

By saying this, these numbers may seem too hypothetical. In terms of revealing the gravity of the situation, we can make a comparison as follows: If all this ice could be poured as snow, all of Istanbul would be covered with snow. With a level of snow more than 60 meters.

The glaciers in the water do not raise the existing sea level because they are already immersed in water. The breaking of the glaciers on the land and the descent is a big problem.

According to the researchers, the meltdown in Antarctica has a “competitive” structure. While ice mass increases in East Antarctica, ice loss is experienced in West Antarctica. Unfortunately, the amount of glacier won by the icy continent is not enough to cover what it lost.

How can you watch SpaceX Starlink satellites?