Home Sport Sarri: “We must leave thinking that the first place is fundamental” 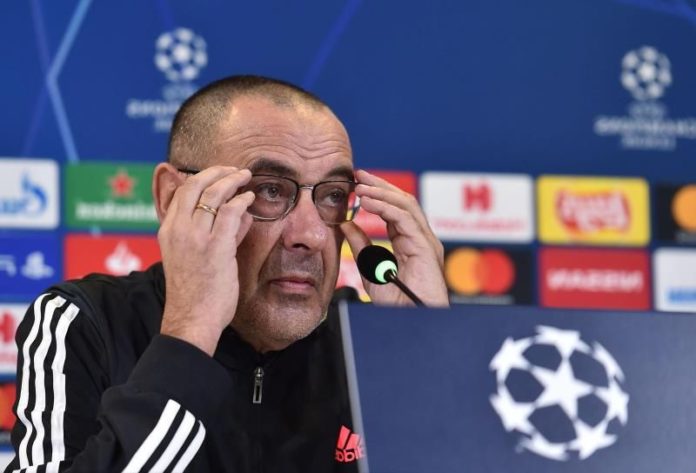 Maurizio Sarri, coach of Juventus Turin, said Monday that his team must be measured on Tuesday against Atletico Madrid in the Champions League thinking that “the first place is fundamental”, and without underestimating a rival who, he said, added technical quality at its usual intensity.

“If you make a game looking not to receive goals, in the end you risk a lot. We should not make calculations. Atletico as features are changing, play much more, the technical quality is superior, look for a different game with respect to the past,” said Sarri in the press conference prior to the Juventus Stadium duel.

“It will be a difficult game to face. They have been a tough opponent for years. It is difficult because if we think we are already classified we are dead. We must leave thinking that the first place is fundamental,” added the Italian coach.

Juventus arrives at the meeting with Atlético, corresponding to the penultimate day of Group D of the Champions League, already mathematically qualified for the round of 16 and with the possibility of shielding the first position if they get at least one draw.

The main danger for Atlético will be the Portuguese Cristiano Ronaldo, who scored 25 goals in 33 games and who is finalizing his recovery after some knee discomfort that stopped him in the last commitments.

“Yesterday (on Sunday) Cristiano did the training with his teammates. It seems that it evolves well, that it improves. It is very positive that yesterday he trained with all his teammates, we will see how he reacts this Monday. I think and I hope there will be no problems” , said.

The Italian coach is also aware of the situation of the Dutchman Matthij De Ligt and the Italian Federico Bernardeschi, who are not in full shape. In addition, the loss of the Brazilian Douglas Cosa is sure, with a problem in the right thigh.

“You have to study the situation of De Ligt and Bernardeschi. Much will depend on your personal feelings because they still have pain. You have to see if they can stand it or not,” he explained.

In his appearance, Sarri praised the work done by the Argentine coach Diego Pablo Simeone and highlighted the difficulty of competing in a League in which Real Madrid and Barcelona are.

“Atlético is a team that plays in a difficult context, with Barcelona and Real Madrid it is difficult to compete. But every year it is competitive, many times it wins trophies. Its (Simeone) path is to applaud,” he said.

Asked about his relationship with Cristiano, after the Portuguese was upset before the break by selections after being substituted in the duel against Milan, Sarri said he gets along with his number 7, which he considers the best striker in the world.

“My relationship with the player is good. If he gets angry at a substitution, it’s normal. This reaction, from a player who won everything, means he still has motivations. In any case, I’ve been watching players leave the field for 25 years. angry at the substitution, “he said.

He gave no clues about the lineup on Tuesday, but excluded that Cristiano and Argentines Paulo Dybala and Gonzalo Higuaín can play together.

“It’s difficult, because of the characteristics of the three. Gonzalo is a center forward, Ronaldo is the best in the world, but he leaves the left. And Dybala is not a number 10, he is a striker. These are contingent situations. We have these three strong strikers competing for two places and I think the situation is ideal, “he said.