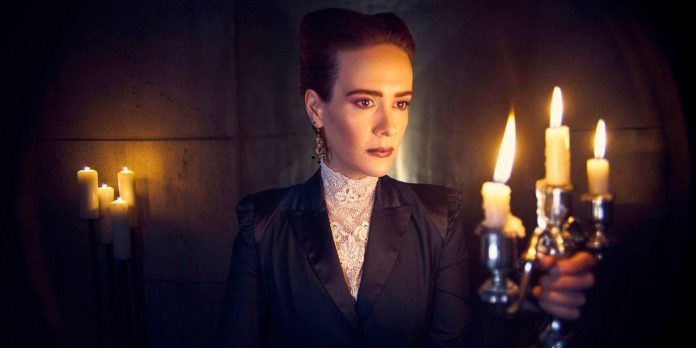 Sarah Paulson will play the main role in the upcoming horror thriller “Dust”, which will be broadcast on Hulu. A new film created by Searchlight Pictures is dedicated to a mother trapped in increasingly dangerous dust storms in Oklahoma in the 1930s. Haunted by her past and faced with a threatening presence, she must resort to extreme measures to protect her family. Carrie Kraus (“Wild West World”) wrote the script for the project, which she will co-direct with Will Joynes.

According to Variety, Searchlight has confirmed that Paulson will star in “Dust.” The Emmy Award winner was replaced by the actress of the series “The Crown” Claire Foy, who was initially announced that she would play the main role back in 2020, but she was forced to step aside due to conflicting schedules. Filming of the film “Dust” is scheduled to begin in August, and the film is scheduled to debut on Hulu in the United States. Additional information about the release has not yet been disclosed.

Link: Who was the best nurse? Louise Fletcher vs Sarah Paulson

While some may be disappointed that Foy had to leave the project, Paulson’s extensive work in the horror genre makes her suitable for Dust. Some of Paulson’s previous works include the acclaimed FX anthology series “American Horror Story,” the Netflix series “Ratched,” and the 2020 psychological thriller “Run.” In addition to “Dust”, her upcoming work includes an adaptation of Bruce Norris’ favorite play “Klayborn Park” and a role in the TV series “Indomitable”, based on the memoirs of Glennon Doyle. It is clear that Paulson is in the midst of a busy year, and now her extensive filmography will be replenished with another horror project.

What we hope to see in the next trailer Lies of...