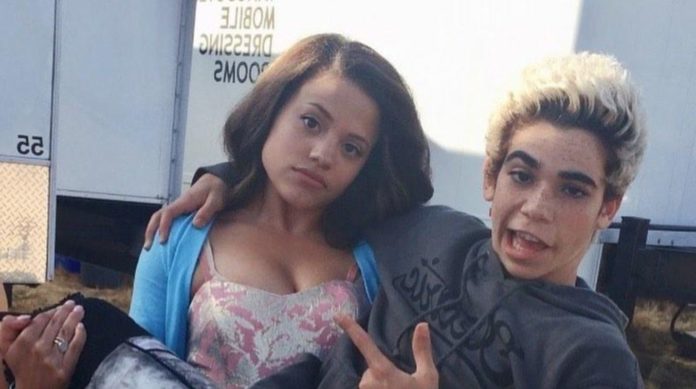 In the middle of the death of Cameron Boyce, friends and fellow filmmakers are still reminded of the actor and sharing his happiest memories by his side.

Recently it was Karan Brar who honored him with a tattoo, now, his friend Sarah Jeffery, who played “Audrey”, daughter of Princess Aurora in “Descendants 3”, shared some emotional photos and showed why Cameron was a person of big heart.

Through her Instagram account, Sarah posted a couple of photographs with the actor and some friends. The actress found an invaluable memory about Cameron, while both filmed the movie. Sarah explained that she found the old photo on her cell phone and decided to share it, because she says it was one of the best days.

Everyone had gone to eat at a Thai restaurant, Cameron looked happy and Sarah remembers that they even took a walk in a park, where he lived with some fans proving that he was always kind to them.

Sarah also said that there were unfinished plans, as fans invited them to a restaurant where they worked and Cameron promised to go. Snif The actress was grateful to have captured these moments next to Cameron and have such happy memories by her side and value their friendship.

Both were very united during the recording set of “Descendants”, Cameron made great friends who will remember him forever.

Dua Lipa reveals how she has lived the quarantine with Anwar...