Home Crypto Santiment : Whales are running to these 5 Altcoins when Bitcoin Falls! 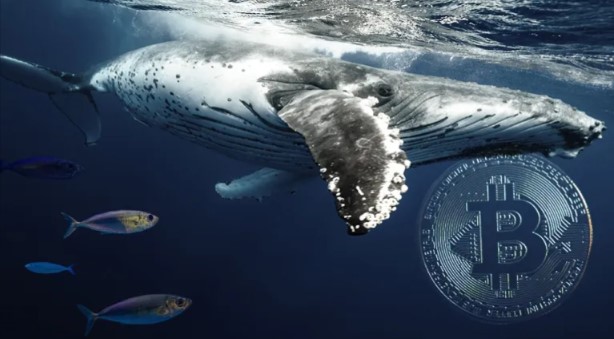 Data provider Santiment tweeted that whales are moving a large number of dollar-linked stablecoins as they use “the best deals” to buy bitcoin and other cryptocurrencies. In addition, traders’ funds are now returning to bitcoin, as interest in altcoins has plummeted along with their prices.

According to a report by Santiment, whales are transferring more and more US dollar-linked stablecoins, such as USDT, USDC, BUSD, TUSD and DAI, as the cryptocurrency markets plummet. According to Sanantiment, this shows that whales are using opportunities to buy cryptocurrencies such as bitcoin and ETH from the bottom.

As Somagnews previously reported, stablecoins are any cryptocurrency designed for a relatively stable price, usually due to being tied to a commodity or currency or regulated by its offer algorithm. Another tweet from Santiment says that interest in altcoins has waned due to falling prices, and traders are turning to bitcoin to reduce market volatility.

Meanwhile, over the past 24 hours, prices for a significant number of altcoins have fallen by double digits. This decline, of course, occurred after the depreciation of BTC. It is well known in the cryptocurrency market that altcoin prices often follow BTC. Bitcoin even reached $42,727 a day on Binance before it jumped a bit and climbed above the $43,000 level, where it is currently trading around $43,500.

The largest cryptocurrency lost a total of 7.5% over the week, although most of this decline occurred in the last two days. It is also worth noting that in the last 24 hours alone, almost $100 million worth of BTC positions have been liquidated, most of which, of course, are long-term, which is more than 82 percent of the total number of liquidations, according to Coinglass. The vast majority of altcoins trade well in the red. This led to a significant loss of market value in the market.

Bitfinex and Tether saved with $ 18.5 million