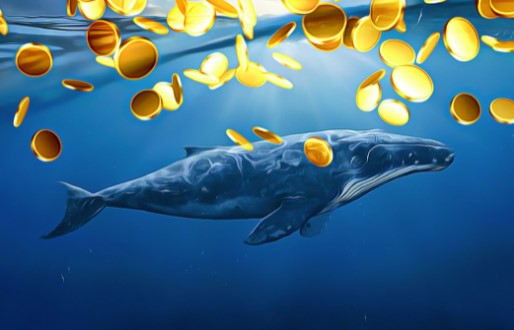 According to data from analytics firm Santiment, giant cryptocurrency whales are rapidly buying from these three altcoins while selling out the other three.

Giant Whales Focus on These 3 Altcoins

Cryptocurrency analytics firm Santiment has recently released a new report. According to the report published by Samtiment, the number of addresses holding between 100,000 and 10 million Sushi (SUSHI) indicates that this group of whales has half of the total supply of the asset.

SUSHI is the governance token of the decentralized exchange SushiSwap. The cryptocurrency, which ranks 114th by market value, continues to be traded at $ 4.19 according to CoinMarketCap data as of the time of writing the content.

Santiment explained that whales are also hoarding BAND, the management token for Band Protocol, a network that connects smart contracts with real-world data. So much so that the number of addresses holding BAND between 10,000 and 1 million rose to the highest level in the last six months.

BAND, the 296th-ranked cryptocurrency by market cap, is trading at $4.92 at the time of writing.

Giant whale addresses also add UNI, the local asset of decentralized cryptocurrency exchange Uniswap, to their wallets. However, addresses with 10,000 to 1 million UNIs hold more than 10% of Uniswap’s total supply.

UNI, the 33rd cryptocurrency by market value, continues to trade at $10.89 as of the time the content was written.

Whales Are Selling These Altcoins

But according to cryptocurrency analytics firm Santiment, whales appear to be selling Aragon (ANT), Chainlink (LINK), and OMG Network (OMG), in addition to accumulating SUSHI, BAND, and UNI.

Aragon’s native asset, ANT, a decentralized management platform on the Ethereum blockchain, is trading at $5.69 at the time of writing.

The native asset of Chainlink, a decentralized oracle network, is LINK, which is currently trading at $16.55 at the time of writing.

Finally, OMG Network is an enterprise solution for secure and fast transfers on Ethereum. The local asset of the project, OMG, continues to trade at $4.67 as of the time the content was written.