Home Music News Santigold suddenly cancels the US tour amid the post-pandemic concert hype: “As... 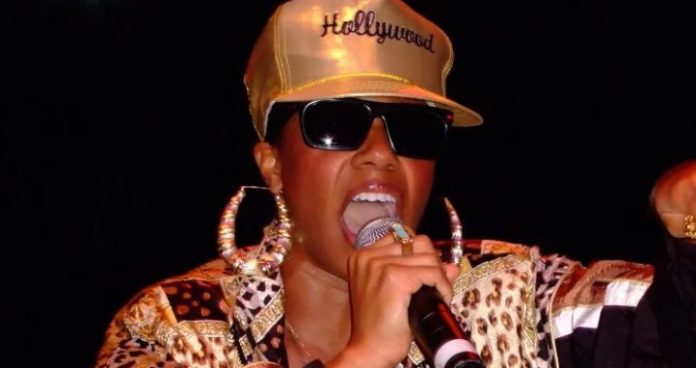 Santigold abruptly canceled her Holified Tour due to increased costs and “an oversaturated market of artists trying to organize concerts in the same cities,” among other reasons.
The 46-year-old singer-songwriter, who was scheduled to begin a series of concerts next month, informed fans of the sad news (as well as her vision of a post-pandemic entertainment landscape) in almost 650 words. – a long open letter on her website.

Thanking supporters and touching upon the “huge problems” faced by various professionals since the beginning of 2020, Santigold (full name Santi White) turned her attention to live music, in which members of the music community work.

“As a touring musician, I don’t think anyone expected the new reality that awaited us. Having been idle (unable to give concerts) for the last couple of years, many of us, like everyone else, did not receive any or little income during this time, every musician who could immediately rushed back when it was deemed safe to give concerts,” Santigold wrote.

“We are faced with high inflation – the prices of gasoline, tourist buses, hotels and airline tickets have skyrocketed – many of our checked places are unavailable due to the flooding of the market by artists trying to book concerts in the same cities, and positive test results constantly stop the schedule with devastating financial consequences.
“And all this is in addition to the mental, spiritual, physical and emotional resources that we have already used, which we have just used over the past few years. Some of us find that we just can’t make it work,” the Philadelphia native continued.

For reference, Live Nation reported the sale of a record number of tickets in 2022 after blocking measures destroyed the entertainment space based on mass events. But the data — from passes at discounted prices to a large number of absences at independent venues and the total volume of ticket sales, which has not yet returned to the pre—pandemic level – indicate the continuing difficulties associated with personal entertainment of the public.

Noting that “it is important for people to know the truth about what it is like for artists here, and I don’t believe that many of us talk about it publicly,” Santigold made it clear in conclusion that she did not want to “sacrifice” her physical and mental well-being “for an industry that has become unstable and not interested in well-being.” artists”.
“I am coming to you with the honesty that is inherent in my music. How could I release Spirituals, an album about honoring myself and refusing to overstep my own boundaries, and not take this opportunity to do it for myself?

“I want you to understand that I am proud to cancel this tour when it means that I declare that I, the person who writes the songs, am as important to me as the songs. I will not continue to sacrifice myself for the sake of an industry that has become unstable and is not interested in the well—being of the artists on whom it is built,” concluded Santigold.

Santigold also revealed that fans will receive refunds for their tickets, and those who provide proof of purchase will also receive VIP membership on the “Fall First” creator’s website, including “access to early releases and announcements, as well as the opportunity to purchase special merchandise.” and other exclusive experiences.”

Live Nation Reports a jump in revenue for the third quarter...