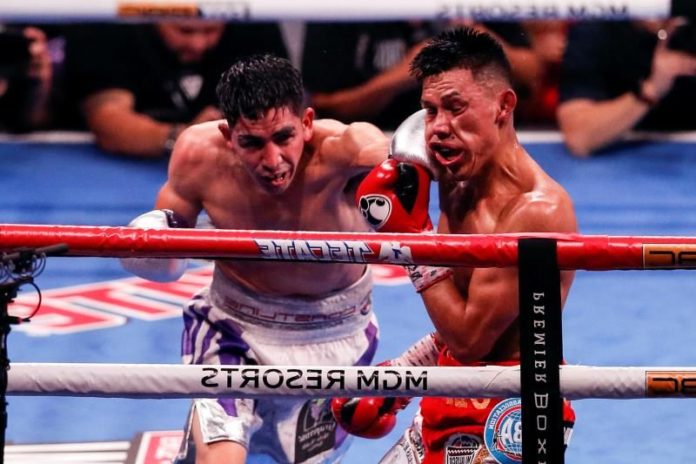 In an evening in which the American Deontay Wilder and the Cuban Luis Ortiz starred in the stellar combat at the MGM Grand Garden Arena, in Las Vegas (Nevada), the judges scored the fight with ratings of 117-110, 117-110 and 115 -112, respectively, for Santa Cruz.

Santa Cruz, with a 37-1-1 mark, 19 KOs, 31, who also won world titles in the Bantamweight, Junior Feather and Featherweight, became the fifth Mexican boxer to win a world title in four different categories .

He joined Hall of Famer Erik Morales, Juan Manuel Marquez and Jorge Arce, who are on this year’s ballot for the first time, and Saul “Canelo” Alvarez, who made it on November 2 when he knocked out the Russian Sergey Kovalev

In principle it was planned that Santa Cruz would defend his featherweight belt against Flores on February 16, in Los Angeles. But Flores suffered an ankle injury and retired.

Santa Cruz beat his compatriot Rafael Rivera in a one-sided fight and later the canceled duel was rescheduled, although it was done within the category of a greater weight.

In this Saturday’s fight, Santa Cruz hit a blow with his right hand that surprised Flores in the third round.

He also maintained control throughout the fight against Flores, a 27-year-old Houston native, who with the loss puts his mark on 24-3 and 12 knockouts.

The Mexican world champion, who still holds the featherweight title, said he plans to remain in the junior lightweight and said he hopes to face renowned fighters to expose the crown.