Home Entertainment Sandman: The 10 most anticipated characters of the first season 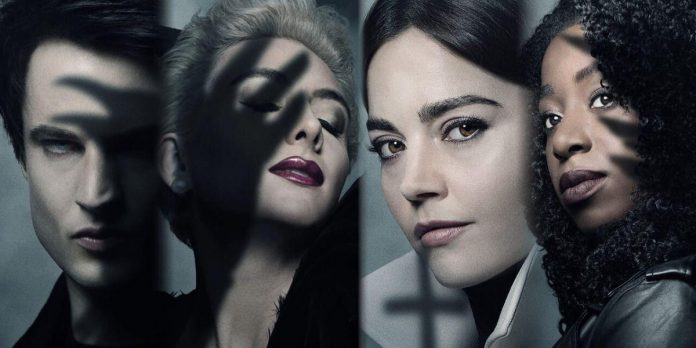 The arrival of The Sandman on Netflix on August 5 has been eagerly awaited by diehard Neil Gaiman fans. While comic fans have endlessly deliberated (pun intended) on the aesthetics, the expected storyline adjustments, and the production values of what’s been seen so far in the trailers, it’s the casting of key characters which has provoked the most attention.

Across all the social media platforms, Sandman acolytes are concurrently hailing and squabbling over actor choices for their favorite roles. Beyond the fan bluster and sentiment for the traditional, it’s clear which Sandman characters from the first few books have the strongest followings.

Anytime Charles Dance makes an appearance onscreen is a cause for celebration, and his role as Roderick Burgess, the wicked magician who sets the entire Sandman story into motion, will be little different. Burgess is a compelling villain and uses his extensive occult knowledge in an attempt to capture Death yet inadvertently imprisons her brother Dream instead.

Dance is perhaps best known for his ominous villain roles throughout the last 40 years of cinema, including The Golden Child, Underworld, and most recently as Lord Tywin Lannister on HBO’s Game of Thrones. Dance will surely lend a simmering and malicious credibility to the scheming and desperate Roderick Burgess.

Yet another Game of Thrones ex-pat will make an appearance in The Sandman and the part of the Morningstar going to an actress as talented as Gwendolyn Christie is a brilliant casting move. As an initial adversary to Dream of the Endless, eventually becoming a sort of frenemy from afar, Christie will undoubtedly bring an amalgam of grace, sorrow, and menace to a feared deity universally considered far more powerful than Dream himself.

In fact, the devil’s storyline of possible redemption within the pages of Sandman is nearly as compelling as Dream’s, and while some fans have asserted an unpopular opinion on the casting of a woman as Lucifer, they’ve overlooked the fact that angels, even fallen ones, are often rendered as androgynous.

This pairing was truly a no-brainer. Patton Oswalt’s well-known proclivity for flippant yet provocative rapport is a perfect fit for Dream’s newest raven familiar. As one of the only residents of the Dreaming – the plane in which the Dream King and all his subjects reside – who actually counterpoints and challenges the usually stoic and unflappable monarch of the Dream world, Matthew provides a rare humanistic balance to Dream’s commanding absolutism.

RELATED: 1o Shows To Watch Before The Sandman

Eventually, he grows quite attached to the Dream Lord and the continued evolution of their king and jester relationship along with Patton’s certain comic relief will assuredly be one of the highlights of the series.

In a welcome representative departure from the source material, Gaiman and his fellow showrunners elected to branch out from the original character of Lucien, Dream’s head librarian of stories told and untold within Dream’s castle. In the books, the character is depicted as a tall, white humanoid male with pointed ears who evolved into that form after originally leaving the post of Dream’s first raven companion.

With the casting of Acheampong, producers chose to gender-flip the role and make that character a Black woman instead. Acheampong is a respected British actress whose stellar work on The Witches, Death in Paradise, and The One will bring the depth necessary for one of The Sandman’s best characters.

Stephen Fry is another vaunted English actor whose roles in the Sherlock Holmes movies, The Hobbit, V for Vendetta, and Gosford Park are lauded by critics and fans alike. Fry’s witty yet sensitive persona makes him ideal for playing Gilbert, an Edwardian writer fellow who befriends Rose Walker just as she gets caught up in the Corinthian’s machinations at a convention for serial killers, who also just so happens to be Fiddler’s Green, a key abstract component of the Dreaming.

Gilbert’s anthropomorphized form is a kind of sailor’s paradise, but his desire to be more hands-on in matters of in-the-flesh humanity will provide Fry with a well of contrast to portray the gentle abstraction of Fiddler’s Green.

It would be difficult to think of a more apropos casting than David Thewlis in the role of The Sandman’s John Dee, aka Doctor Destiny. Ramping up from his occasional run-ins with the Justice League of America, Gaiman took the character into deep, R-rated Vertigo territory, putting him dead center into one of the series’ most disturbing moments as Dee terrorizes a group of diner patrons in a variety of horrible fashions, courtesy of Dream’s power ruby of which he’s come into possession.

Thewlis, best known for his roles as Hogwarts staffer Remus Lupin in the Harry Potter series, Ares in Wonder Woman, and a career-high as Johnny in Naked, is guaranteed to bring a heady mix of insanity and malice to the tormented John Dee.

One of the more difficult searches producers surely had in finding just the right person who might embody Dream’s cruel, gender-fluid sibling Desire culminated in the terrific casting of Park, a non-binary stage actor best known for their portrayal of Hedwig on Broadway’s first tour of Hedwig and the Angry Inch.

RELATED: 10 Movies That Were Adapted Into Forgotten Broadway Musicals

Park’s commitment to living their life outside of traditional gender roles, coupled with their commitment to nuanced portrayals of complicated human beings of all genders makes them a perfect candidate to render a simmering portrayal of Dream’s resentful and scheming younger sibling.

Very few characters of Neil Gaiman’s magnum opus have been emulated and beloved like Dream’s older sister Death. Originally rendered as a short, Goth-type white female with a wry sense of humor and a resolute acceptance of her ominous duties, the showrunners went against racial type and cast Howell-Baptise as the most powerful member of the Endless to whom virtually all others, including her stoic brother, must eventually cede.

Howell-Baptiste, known for her comedic timing and acting chops on IFC’s Comedy Bang! Bang!, NBC’s The Good Place, and HBO’s Barry will definitely bring the delicate humor and omnipotent sense of finality necessary for a proper showing of Dream’s most personable sibling.

While Morpheus has a great number of nightmares and fearful entities under his command, it’s the Corinthian who begs for the most well done cinematic CGI rendering of himself onscreen, possessing the rather horrific attribute of having sets of teeth for eyes and a penchant for eating victims’ eyeballs.

Having gone rogue during Dream’s imprisonment in the real world, Dream’s former subject has enjoyed a long reign of earthly terrors, resulting in Dream having to hunt down his creation. Holbrook’s work in Milk, Gone Girl, Narcos, and more recently in Logan, shows he’s more than capable of reproducing the sinister and non-apologetic attitudes of the Corinthian’s sinister nature.

Naturally, the lead character of The Sandman would be the most scrutinized and vaunted by Gaiman’s fervent fan base. The adaptation of the best-selling graphic novel series was going to be no small feat and Gaiman put off doing as such until just the right platform and actor presented itself.

As Gaiman and showrunners poured over varied auditions, Gaiman claims it became clear Sturridge was the right choice, his talents derived from his child actor roots and his more well-known theatrical and Tony-nominated Broadway presence. Sturridge’s abilities to morph into varied characters and his impressive versatility should serve him well when portraying one of the most subtly nuanced characters in all of literature.

Call Of Duty 2023: Activision Responds To The Possible Delay With...

Captain Marvel Cares Most about One MCU Hero