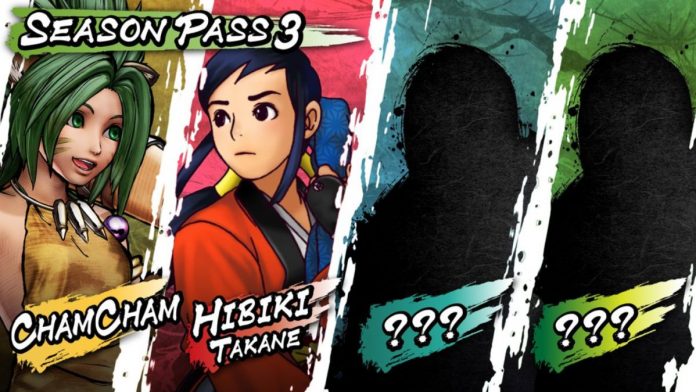 The third season pass for Samurai Shodown will bring four new fighters to the roster from among those most beloved of SNK’s fighting sagas.

SNK has just made the third season pass of Samurai Showdown official, which consists of four characters and has their first two names confirmed: Cham Cham and Hibiki Takane. Cham Cham is Tam Tam’s sister and has been a regular in the series since her first appearance in Samurai Shodown 2 (1994). She is about such a beloved character by fans that she is the only one in the series with her own pachinko (pinball) video game. Until now, in the 2019 reboot she only appeared sideways, mentioned by Tam Tam in his win phrase if the match was against Shizumaru. But now she, her boomerang Yok Mok Mook and her feline movements are back and will arrive “mid-March.”

For her part, Hibiki Takane is the opposite. She’s not a Samurai Shodown regular … because she’s never been to Samurai Shodown. Hibiki is one of the stars of The Last Blade saga, another of SNK’s illustrious fighting sagas. Game Director Hayato Konya explained why she was chosen: “Well, we’ve done a lot of character crossovers with other companies, so this time I wanted to focus on doing one with another SNK IP. And of the sagas that were, Hibiki Takane fit in very well because she had already been in more games besides The Last Blade, like in Capcom vs. SNK 2, showing that she could adapt. Her move list is quick and cool, so I think she’ll be a great addition. Samurai Shodown and The Last Blade are played very differently, but we are trying very hard to make the transition not noticeable. ”

The date of Hibiki Takane has not been revealed yet, as well as the names of the other two additions of this third season pass, with which Samurai Shodown will exceed 30 fighters. The price is also unknown, although seeing that of the previous two (19.99 euros), it would be rare for there to be surprises. As a final detail, SNK has confirmed that the season pass will arrive with an update that balances the game again, prevents errors (such as weapons disappearing from the stage) and adds a new defense mechanic that has never been in the game system before. combat.