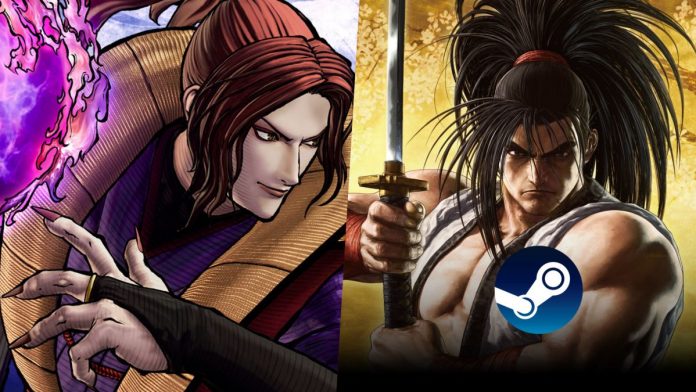 Samurai Shodown: SNK confirms the launch of Samurai Shodown on Steam on June 14, the same date that the third character of its season pass will arrive.Samurai Shodown confirms its arrival on Steam. The PC version of the popular SNK game will debut on Valve’s platform on June 14. After passing through Google Stadia and the exclusive of that edition in the Epic Games Store, the fighting game will end up landing at the gates of summer.

Launch on Steam and third character of the season pass

Along with the news, the company has confirmed the launch of the new character of its third season pass. Shiro Tokisada Amakasu, played by actor Shusaku Shirakawa, will be released on all platforms on the same June 14. The swordsman is preceded by ChamCham and Hibiki Takane, in a pass that still has one last face to announce, who will be a guest of the Guilty Gear franchise, from Arc System Works.

If you are interested in this roster of added fighters, you should know that the season pass 3 is available on all platforms where the game has arrived, at a price of 19.99 euros: PS4, Xbox Series X | S, Xbox One , PC, Nintendo Switch and Google Stadia, plus PS5 via compatibility.

We must go back to 2019 to see its initial launch, a delivery that marked “the return through the front door of one of the most imposing sagas of the nineties”, as we said in our analysis. “This new installment is, plain and simple, a fighting game formula that we do not have today, and that is what makes it so attractive. A slower pace, with the need to manage our unique but devastating tools to the millimeter and with the certainty that a hit can kill, but a failure can destroy you. The constant tension to introduce each attack and know how to punish the rival make each fight in Samurai Shodown develop on a fine line between glory and death ”, we explained. You can read the full text through this link.