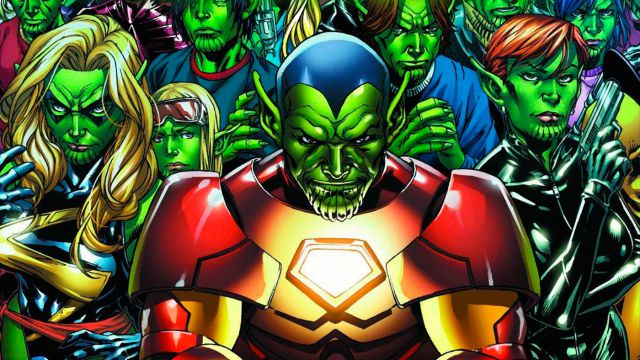 Samuel L. Jackson: The new Marvel Studios series for Disney + kicks off its production with a Nick Fury who goes for it all: “It’s time to get back to the routine,” shares the actor.Secret Invasion, one of the most anticipated series from Marvel Studios regarding its possible involvement in future films and the future of the UCM, has already begun production; This is how the famous actor Samuel L. Jackson has shared it through his Instagram account, assuring that “It is time to return to the routine. Happy to be back on the attack! ” along with a picture of himself on the shirt as Nick Fury and different tags, including #secretinvasion.

Invasion of the Skrulls comes to the MCU

Thus, Samuel L. Jackson himself, the actor who has been giving life to Nick Fury in the Marvel Cinematic Universe for years and one of the main protagonists of a new series that aims to adapt the Marvel Comics Secret Invasion or Secret Invasion comics. And it is that despite the fact that this same summer it seemed that the series began its filming after Jackson’s return to work, in reality the actor was shooting his scenes for The Marvels, a sequel to Captain Marvel in which he will have a supporting role.

Now, and after being confirmed through the actor himself, Jackson returns once again as Nick Fury for his own series, co-starring with Talos (Ben Mendelsohn), the Skrull he met in Captain Marvel. Both will join forces to investigate a possible Skrull infiltration in the MCU, although in a much more contained way than in the comics, where it is a large-scale invasion in which the Skrulls adopt the appearance and powers of many of the superheroes most famous Marvel.

The cast of Secret Invasion is completed with Olivia Colman, Emilia Clarke, Killan Scott, Christopher McDonald, Carmen Ejogo and Kingsley Ben-Adir in the role of the villain of the series whose identity is not yet known. The series is expected to hit Disney + in late 2022 or as early as 2023.