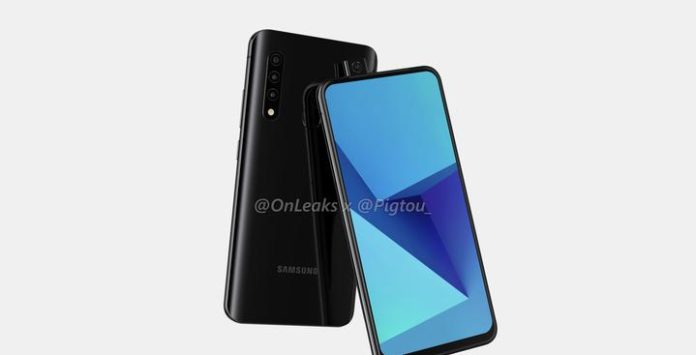 Images of the new phone with a skid front camera that South Korean technology giant Samsung is working on were shared by OnLeaks. Samsung was allegedly working on such a device, even though the device in the shared images has not become definite yet.

Samsung, which is at the peak of the smartphone industry, has started to make radical changes in its devices especially recently. Finally, the company that introduced the rectangular camera installation design into our lives will apparently position the camera to a different point, inside the device.

Samsung’s phone with a skidded front camera:
As it can be seen in the images, the new Samsung smartphone, which has a skidded front camera, has a screen that completely covers the front like every phone with this camera system. Moreover, even though we are only talking about the pictures at the moment, this phone from Samsung will come with a screen that curves sideways like some flagships.

We can say that this phone, which is said to be Samsung’s new smartphone, is not yet certain. However, many other visuals published by OnLeaks were quite similar to the released product, or as the exact same. Therefore, even if we still do not have confidence in this device, we should not be surprised if we encounter such a thing.