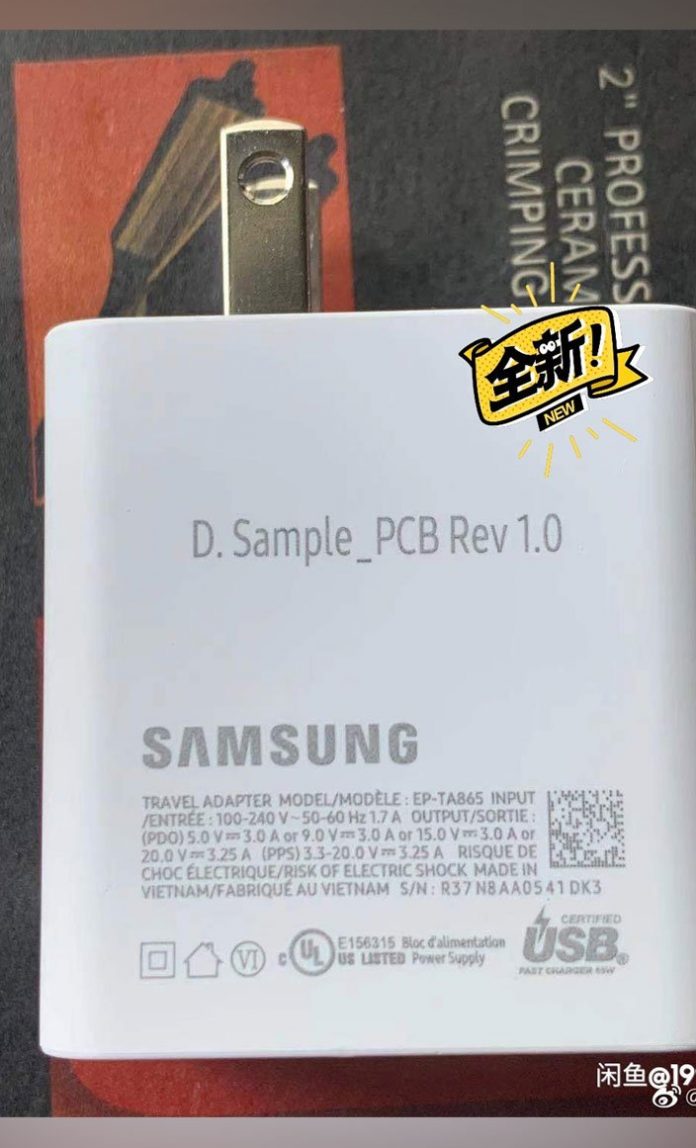 An image of a charger showing that Samsung can offer 65 W fast charging support in the Galaxy S21 series was shared today. The charger, previously certified in September, is still a prototype model.

In the past months, we learned that the Samsung Galaxy S21 series will be released with a 25W charger. But two weeks ago, Samsung removed the posts from social media accounts, which Apple tired of not including the charger in its new smartphone series. This was a big sign that Samsung would follow Apple.

So how much charging support will Samsung offer in its new smartphone series? Although the allegations on this issue previously pointed to 45 W fast charging support, a new photo was shared today. In this photo, which belongs to a charger that Samsung has not yet released, it was seen that the charger has a higher power than expected.

Although a prototype charger from Samsung has emerged, we do not know whether the Galaxy S21 series will definitely have 65 W fast charging support. Samsung included 45 W fast charging support in the flagship Ultra model of its previous series Galaxy S20. Therefore, at this point, we can say that there are different possibilities about the new series.

AM4 motherboard: learn how to choose the ideal model for Ryzen...