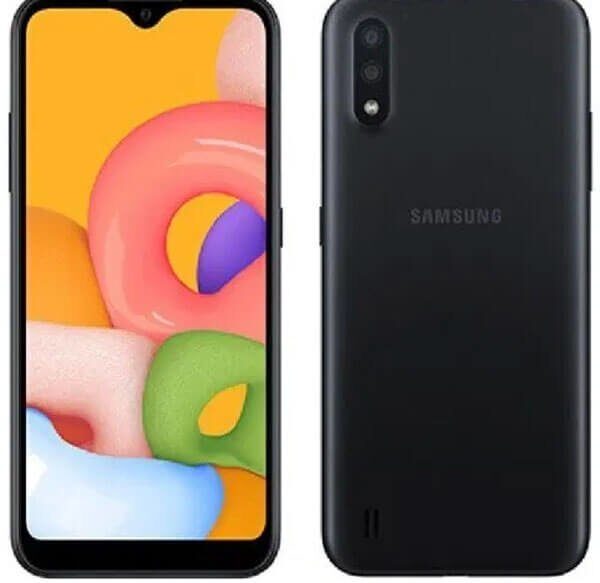 The entry-level phone Galaxy M01, which is among Samsung’s expected phones, has been added to the FCC database. The fact that the device appeared on other verification sites other than FCC confirmed some features of the device.

Samsung’s budget-friendly phone Galaxy M01 is expected to take its place on the shelves soon. The device was able to get the Wi-Fi Alliance certification and was also detected on Geekbench. Then the device’s primary hardware features appeared on the Google Play Console listing. However, the fact that the device was also verified by another popular mobile website brought to mind that the launch of the device was close.

Some schematic drafts were also shared on this mobile verification platform. These sketches confirm that there is a dual camera setup positioned vertically in the upper left corner on the back of the device. The device has a 3.5mm headphone jack on the top and a USB charging cradle on the bottom. The Galaxy M01’s Google Play Console listing suggests that the device offers 720 x 1520 pixels HD + resolution.

The phone will get its power from Qualcomm Snapdragon 439:
It can be said that Samsung preferred Qualcomm Snapdragon 439, an entry-level processor, on the processor that will power the Galaxy M01. The presence of this processor is also confirmed by Google Play Console. On the inside of the phone, with this processor, Adreno 505 GPU and 3 GB RAM. If it is said that there is an uncertainty about storage, it is expected to be 32 GB internal storage.

The Galaxy M01’s Geekbench listing suggests that the phone’s operating system will be Android 10 OS, we can expect the company to use the OneUI in addition to the phone. FCC did not mention the availability of any fast charging support, while speaking the battery in a precise language. For now, the information about the Galaxy M01 is expected to appear soon.

Coverage: Are video games a cure for our mental health?