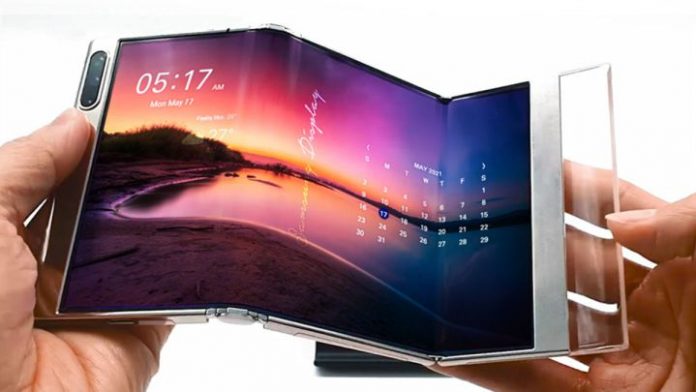 Samsung: Smartphone makers are investigating new ways they can make phones bigger using more space. This is possible? of course it is and the proof is in the folding mobiles that we are seeing. Yes, it is true that with the thickness there is not much to do, but having a device with a larger or simply smaller screen is possible. But Samsung has other plans as you will see in the new folding mobile prototypes.

The development of improvements in OLED displays has helped give smartphones great improvements. The most visible is the quality of the colors, but we also continue with a lower battery use if you use the dark mode or the fingerprint sensor under the screen. But we go further, and it is that this type of panels are used for flexible smartphones.

Samsung is one of the companies that is giving them the most and it seems that it has big plans in this regard. One of his great ideas is a smartphone that folds into an S. In other words, the terminal is made up of three sections of a similar size, with sections for the camera and what seems to hold the device itself. Another highly anticipated idea is the use of a roll-up screen. This, with the appropriate construction, creates the effect of a sliding screen, which helps to extend the surface of the mobile a few centimeters.

Other applications for OLED displays

Samsung knows that it can get much more out of these types of panels and use them to build more devices. The fact is that the firm also has proposals for devices that do not necessarily have to be mobile. The applications that we know as is the case of folding mobiles can be much better than until now.

And it is that we could see devices with a screen that can reach up to 17 inches, more than a conventional laptop. And speaking of laptops, they also plan to take devices with a camera under the screen itself, for which they will also need OLED screens. We will have to wait to see the progress of the firm soon, although that future may be closer than it seems.