Home Tech Samsung Works On A Laptop With A Folding Screen And An Amazing... 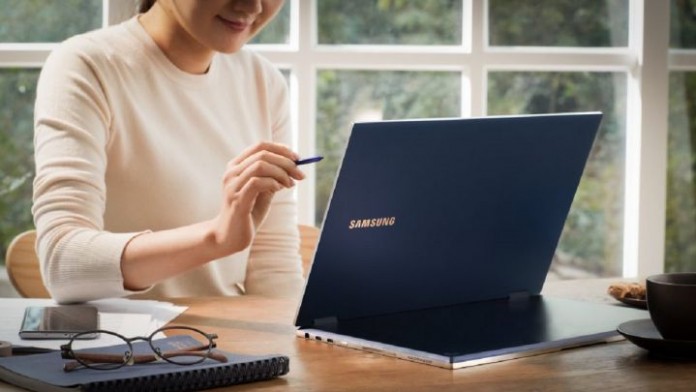 Samsung has been one of the main protagonists in the latest edition of the Consumer Electronic Show, the largest technology fair in the world with permission from the IFA. And among their innovative products they surprised us with a new generation of folding screens. And now, we know that it’s also working on its first foldable laptop.

Or this is what emerges from the latest Samsung patent that has just been approved and published by the World Intellectual Property Organization (WIPO). The Korean manufacturer knows that the folding screen market is the future of technology, so it does not want to miss the opportunity. Right now, its Galaxy Z family phones, with the Galaxy Z Fold 3 and Z Flip 3 being the big names, dominate the foldable phone market. But Samsung wants more.

Samsung will launch a folding laptop with a very functional design

Documents released by WIPO indicate that this enigmatic Samsung laptop is a foldable electronic device. With a design reminiscent of a laptop with a detachable keyboard, in this case we find a product that can be folded to take up less space.

As you can see through the images published by WIPO, we can see that this model has two main components. On one side is the screen and on the other the keyboard.

The most characteristic element of this Samsung device is seen in its usability. The idea is that the keyboard can be split in half, so you can unfold it completely when you need to work on a laptop, And note that the bottom half of the keyboard can also be split in two, with each part having its own battery and input circuits, so we will have to see what the Korean manufacturer wants to surprise us with this time.

We do not have much more information about this enigmatic device, and it should be remembered that it is currently only one of the many patents that the Korean manufacturer has in its portfolio.

In this way, it is too early to know if this curious device will finally be a reality, but everything indicates that it will be so. Samsung has become the great benchmark in the foldable phone market, and now it has set itself a new goal: to dominate the field of foldable screen laptops.