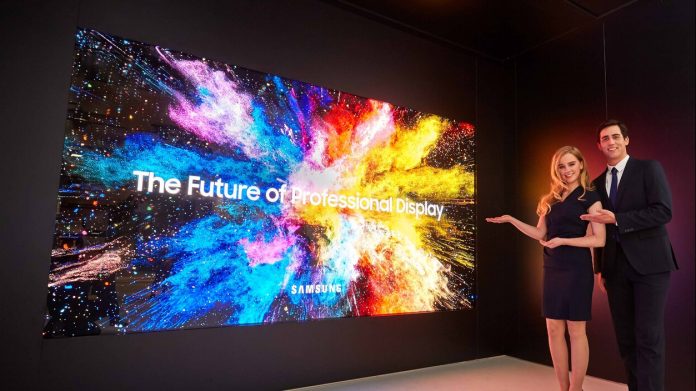 Samsung Electronics; According to new reports from MTN, ETNews and the Seoul Economic Daily, LG is close to ordering millions of OLED TV panels from Display. It was reported that the authorities came together recently and agreed to supply 1 million panels to Samsung in the second half of this year, which predicts that it will reach 4 million panels next year. If the deal is concluded, Samsung will be the first to purchase OLED panels from its South Korean competitor and market leader. TVs with LG’s OLED panels consistently rank among the best in professional reviews.

These news released yesterday can be described as the latest indicator of Samsung’s departure from the LCD panels currently used in its television series. Even QLED TVs still use LCD panels behind the quantum dot layer. Last year, Samsung Display announced that it would halt LCD panel production in the face of fierce price competition from Chinese competitors, but was said to delay this shutdown after the pandemic led to an increase in demand.

While falling LCD panel prices are believed to be behind last year’s move, MTN notes that the trend is reversing this year. LCD panels are reportedly getting more expensive, causing Samsung to explore alternatives.

QD-OLED is not the only new display technology Samsung is considering using in the future. The company recently started using a new type of display called Micro LEDs in commercial products, which uses a series of tiny self-emitting LEDs to create an image. While Samsung has begun using the technology in a range of ultra-high-quality TVs, it is believed that this is years away from being affordable enough for sets that will reach large mass markets. There are also reports that the company is working on self-emitting quantum dot TVs.

When asked about the possible deal in an interview, Jong-Hee Han, director of Samsung Electronics, who controls the company’s display division, described the news as rumor and denied it.

A rotating popup camera phone, the latest from Samsung