Home Tech Samsung users are faced with a battery crisis again: but this time... 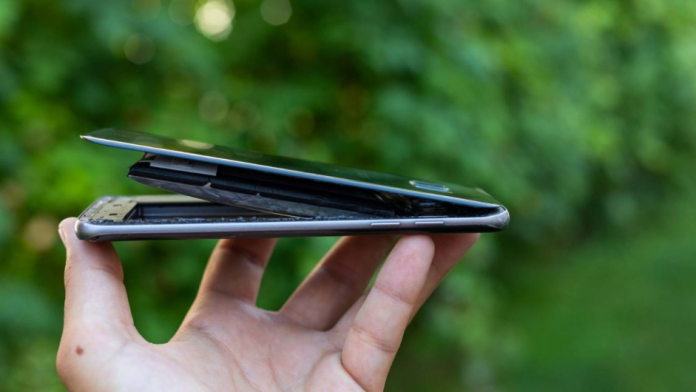 The YouTuber shared a video showing that the batteries of old Samsung smartphones, including the Galaxy S10, released in 2019, have swollen. After the video, many social media users said that they had faced similar problems, but this was not the case with other brands.

Smartphones are now used by almost the entire population of the world. Of course, a lot is needed for these devices to work. One of them is batteries. When smartphones first became popular, batteries needed good care to prevent them from bloating over time. Because these batteries expand as they age and can lead to frightening situations, such as falling out.

As technology has improved, manufacturers have found a way to avoid this problem and control swelling. However, the information that has now appeared has shown that this problem can still occur in some old phones of the South Korean technology giant Samsung.

A video posted by a YouTube user named Mrwhosetheboss discusses the problems of battery bloating in Samsung phones. The YouTuber, who has 11 million subscribers, said he noticed this problem on several Samsung smartphones in his warehouse, including the Galaxy S6, released in 2015, and the Galaxy S10, released in 2019.

The famous phenomenon, also known as Arun Maini, initially thought the problem was related to the heat waves that have hit the UK in recent months. However, when he examined the iPhone, Google Pixel and Asus phones in stock, he noticed that they had no problems with batteries.

Arun Maini, who said he first noticed it two months ago, said he tweeted about the problem. After this tweet, Samsung contacted the famous YouTuber and took the phones. However, even two months later, no feedback about the problem was received from the South Korean tech giant.

Many people have similar problems

Let’s add that not only Mining is facing this problem. Matt Ansini, the host of the YouTube channel This Is, is among those who have a battery bloat problem. Addressing Maini about the problem, Ansini stated that the batteries of all Samsung phones released before the Galaxy S20, released in 2020, were swollen, but there was no such problem in other brands.

In addition, Marquez Brownlee, known for his videos about technological content, also shared a post on this topic on Twitter. The famous name stated that although the batteries of many Samsung phones have swollen over the years, he has not encountered this in any other brand. In addition, after the Maini video, many YouTube users said that they had encountered similar incidents. Samsung has not made any statements.

According to the information received; Quite worryingly, this happens more often with phones that have not been used for a long time. In addition, it is worth adding that users in our country should be especially careful in this matter. Because due to the high prices, the number of people who renew their phones in Turkey is quite small. This shows that phones can stay with one person for a long time, and similar problems can occur with batteries.