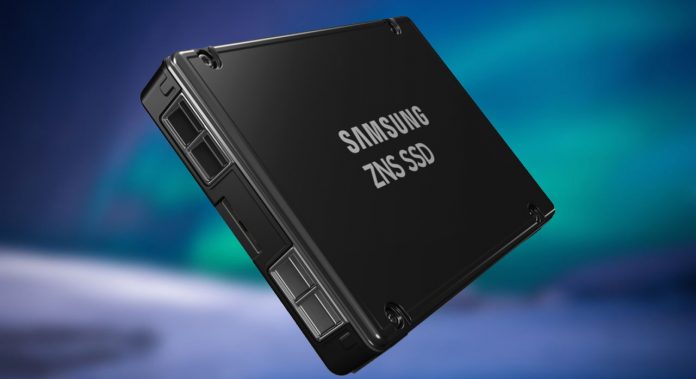 Built on Samsung sixth-generation V-NAND, the 2.5-inch PM1731a will come in 2TB and 4TB models. The SSD will have dual ports, which will increase the endurance time while keeping the drive fully accessible for continuous operations.

Samsung said in a press release that the enhanced SSDs will enable enterprise customers to handle big data and AI applications much more efficiently.

Aiming to expand the ZNS ecosystem, Samsung will make it available to xNVMe, which provides software libraries and tools to improve the performance of NVMe devices. Samsung said it has also joined the Storage Performance Development Kit (SPDK) community created by Intel, which makes it easier for SPDK users to implement ZNS.

ZNS technology keeps data in groups based on usage and frequency of access and stores them sequentially in individual regions within an SSD. Thus, ZNS SSDs can significantly reduce the amount of data refactoring operations.

“This will make the drive last up to four times longer than traditional NVMe SSDs, making it a greener, more sustainable solution for server infrastructure,” the company said.

ZNS will also allow users to take advantage of the full capacity of the SSD, eliminating the need for excessive provisioning that would require some storage for background tasks. Samsung has announced that it aims to mass-produce ZNS SSDs in the second half of the year.