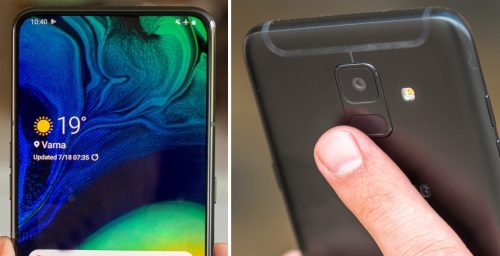 South Korean technology manufacturer Samsung has begun to release the Android 10 update for 3 different smartphone models. With the release of Android 10 for these 3 models, Samsung’s number of phones that got the update in March increased to 5.

Deploying the Android 10-based One UI 2.0 update, smartphones include Galaxy A6 (2018), Galaxy A7 (2018) and Galaxy A80. At this point, the 1.3 GB Android 10 update released for the Galaxy A7 brings dark mode, new navigation gestures and new UI along with other Android 10 and One UI 2.0 features. The update also includes the Android security patch March 1, 2020.

If we come to Galaxy A6 model, Android 10 version has been released for this model with the March 2020 Android patch. There are currently no official update notes released by the South Korean company, but we can assume that this phone, which supports Exynos 7870, has also received innovations that come with Android 10 and One UI 2.0.

On the other hand, Galaxy A80, which is a popular model in our country, is getting the latest version of Android with the update published with the version number ‘A805FXXU4BTC3’. Among the features that come to the phone with the new software update, there are many innovations such as dark mode, new navigation features and new interface. At this point, the new update for the Galaxy A80 offers the February 2020 security patch, unlike the update for other models.

At this point, Samsung has not released the software update for devices in our country yet. In this case, users can manually check the update by going to Settings> Software Update menu and be aware of the update.

Where is Ruinous Fort collected in Fortnite Season 5?