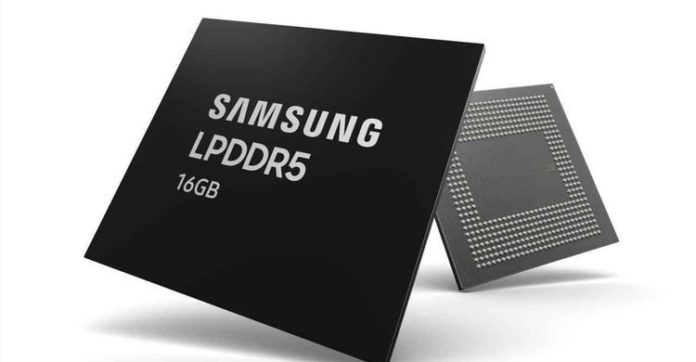 South Korean technology giant Samsung has achieved a very good success in the sales of its flagship and budget-friendly phones, and has not left the top of the industry for years. Being aware of this success, Samsung continues its sectoral works for both 2020 and beyond.

Now, Samsung has announced that it has started mass production of hardware that will open the door to an important period in the smartphone industry. In the statements made; Mass production of 16 GB capacity LPDDR5 DRAMs developed for use in upper segment smartphones has been started. Starting the production of 12 GB LPDDR5 DRAM in July 2019, the company is now on its way to some more powerful RAMs.

LPDDR5 DRAMs, which are 1.3 times faster than the company’s previous DRAM generation, “LPDDR4X”, can transfer 5,500 MB of data per second. When we compare Samsung’s new RAMs with 8GB LPDDR4X packages, more than 20 percent energy savings, while double the capacity.

Samsung’s next generation RAMs will be an important development for the smartphone industry. However, the company will not limit itself to the production of only 16 GB LPDDR5 DRAM, according to statements from Samsung. According to the statements made by Samsung, the company will start mass production of 16 GB capacity LPDDR5 RAMs based on 10nm production technology after June. These RAMs will be able to transfer 6,400 MB of data per second.

CDPR says it will take ‘measures’ to defend itself