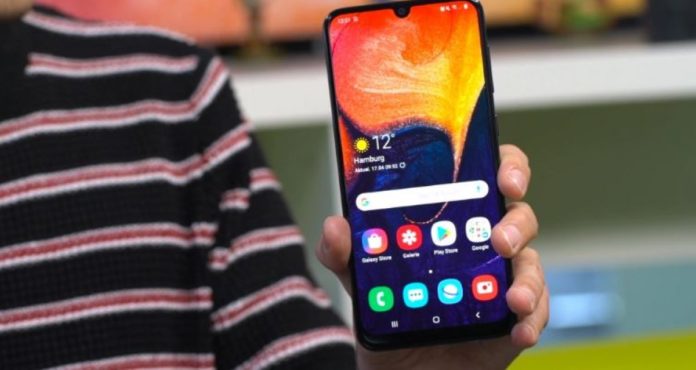 Samsung introduced the Android 10 update to some of its most popular phones, the Galaxy A50, in some countries. With the update, features such as the dark mode that previously came to other Samsung phones will also be available for Galaxy A50 users.

The Samsung Galaxy A50 is one of the best mid-range phones on the market. Sales figures in 2019 prove this. Samsung has now begun offering Android 10 to millions of users who have purchased this device. Although the update is not available to all users, distribution has started in some countries.

Following the flagship series devices such as the Galaxy S10 and Galaxy Note10, Samsung will turn to the Galaxy A series, and will bring Android 10 to the Galaxy A50 with One UI 2.0. The update began rolling out to India last month, but SamMobile has announced that the update is also available to Poland, Ukraine and Uzbekistan. With the latest distributions, Samsung is also offering its April security update to its users.

The Samsung Galaxy A50 has managed to attract many tech lovers with its 6.4-inch Full HD + Super AMOLED Infinity-U display. Besides this screen, the phone, which offers long usage times with its 4,000 mAh battery, has 6 GB of RAM. In addition to the 25 MP front camera, the phone has a 25 MP + 5 MP + 8 MP triple rear camera setup on the back.

Samsung has achieved great success this year. Many companies around the world have suffered from coronavirus affecting the entire world, but Samsung has managed to increase its profits despite these effects of the virus. Samsung, which made a profit of $ 44.9 billion in the first quarter of the year, seems to have done a good job. You can find detailed information about the financial situation in our news.

OPPO Reno 4 Pro 5G stands out with its exposure

Xbox Series X Will Support Both Xbox One and Xbox 360...