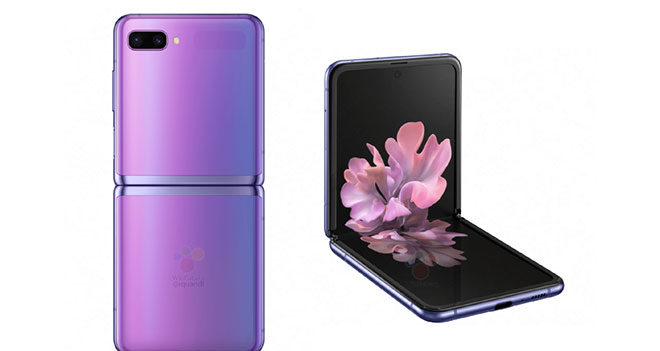 Oscar Awards, the most prestigious awards in the cinema world, found their owners at the grand ceremony held at the Dolby Theater in Los Angeles last night. The night, marked by the South Korean film Pasite, also witnessed a very important development in terms of technology world.

Samsung’s new foldable screen smartphone, which it has been working on for a long time, appeared in an advertisement published during the Oscar ceremony. While there is a dual rear camera positioned horizontally behind the device, there is also a small screen where you can check notifications without turning on the device.

Galaxy Z Flip, the second foldable smartphone of the South Korean company after Galaxy Fold, can be folded vertically like the Motorola Razr. As I mentioned above, there is a small screen next to the camera. The ad shows that a user slides the outer small panel to the right to quickly answer the incoming call. This means that the screen in question will be touch-enabled. Based on the same ad, let’s also say that the foldable phone can be positioned open tomorrow for video chats in hands-free mode.

The ad did not contain any details about the device’s name; however, previous rumors are that they will be called “Galaxy Z Flip”. All details about Samsung’s new foldable flagship will be revealed at the Unpacked 2020 event on February 11 (Tomorrow) in San Francisco. It should be noted that the Galaxy S20 family will also be introduced at the event.

How Can You Protect Yourself From Hacking Your SIM Card?