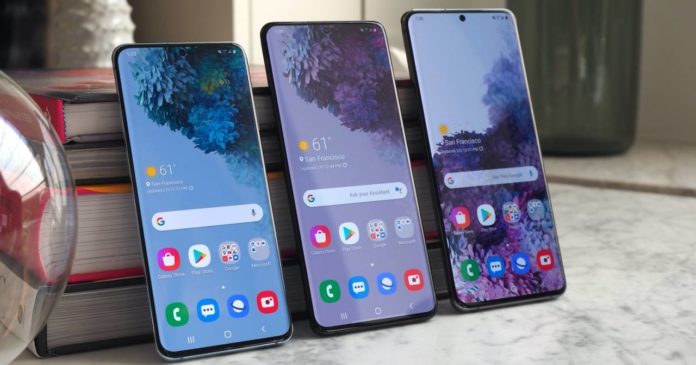 South Korea-based technology firm Samsung has released a new update that can fix the camera problems of the Galaxy S20 family. For now, the update, which is only released for the Chinese region, is expected to be released in other regions soon.

South Korean technology giant Samsung, which introduced the new Galaxy S20 family with a launch last February, has received many different feedback from users since the phones were launched. These feedbacks were generally related to errors in the camera application of the Galaxy S20 series.

Samsung, which has released several different camera updates for the Galaxy S20 family in the past weeks, has continued its updates today. The released update focuses on improving the camera and increasing the camera potential of the devices, as in previous updates.

The new update can fix camera problems:
Since the launch of the Galaxy S20 series, users have been complaining about various issues that have prompted Samsung to update the firmware. The latest update published at this point may have resolved autofocus issues that caused titles to open on Reddit.

The update, with the build number ‘G98x0ZCU1ATD1’, is only available for download in China for now. Samsung has not yet shared the details of this update, which was released in China in the first place, with its customers in the international market. However, sources say the new update is based on better focus, fine adjustments to HDR and transition effects.

It is too early to tell when the update will be released in other regions, including our country. Nevertheless, we can assume that Samsung will not hold users too long, because the company had previously communicated its updates to all users.

At this stage, the smartest solution you can do to be aware of whether a new update is coming to your phone seems to be manual control. To do this, after going to the ‘Settings’ section of your phone, you can open the ‘Software Updates’ tab to check if there is a new update and install it on your phone when a new update is released.

5G Version of Xiaomi Redmi Note 11S Is Coming: It Will...