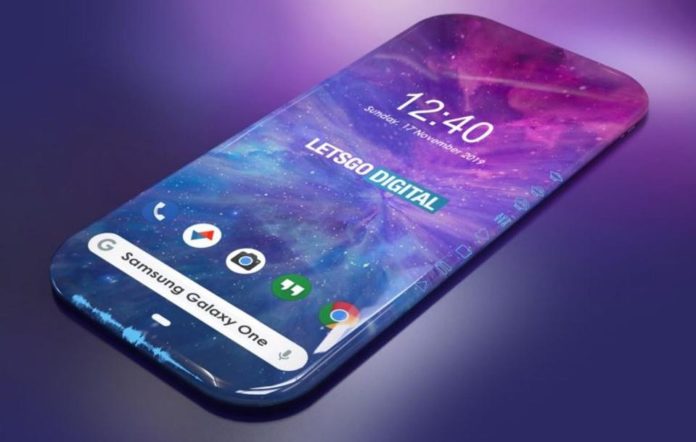 A new patent from Samsung’s World Intellectual Property Organization has surfaced. This patent reveals that Samsung is working on phones with curved screens on all four sides.

The smartphone industry is changing more and more every day. Thick bezels in the smartphones we used to have disappeared almost now. In addition, the screens can now be produced in either perforated or notched shapes. In addition to all these, many technology manufacturers equip some of their smartphones with flat and some with curved screens. However, in later periods, the screen curves may be very different from what we are used to.

South Korean technology giant Samsung is the world’s largest smartphone manufacturer. The company serves millions of consumers with its flagship phones as well as mid and entry segment devices. Samsung’s new patent shows that the company may start to take a new approach in the smartphone industry. According to Samsung’s patent, smartphones may have curved screens on all four sides in the future.

Samsung’s patent for curved screens on all four sides
Samsung’s new patent has been approved by the World Intellectual Property Organization (WIPO) and was recently added to the institution’s database. This patent shows that some of Samsung’s upcoming phones may be curved. This tilt will make the phone look frameless when viewed from the front.

Samsung’s new patent offers a very important advantage for consumers. This advantage is increased strength in the corners of the phone. So much so that the frame on the phones with a screen with a slope on the right and left sides thickens towards the top and bottom of the phone. However, in Samsung’s new concept, this thickness will only be in the corners and the screen will remain inside. This will reduce the likelihood that phones’ screens will break through corners.

It is hard to predict whether we will see the design in Samsung’s new patent, which is officially approved, in a final product. Obviously, we cannot predict which model we will see in this model since Samsung has recently reduced the screen curvature of flagship phones a little more with each passing model. Perhaps the Galaxy S30 goes into a big change in design and comes up with a curved screen on all four sides.